Wilson Kiprugut Chumo, the first Kenyan and African to win an Olympic medal during the 1964 Olympic Games is dead.

The 90-year-old athlete collapsed at his Kipchebor home near Kericho town on Tuesday and was pronounced dead at Siloam Hospital.

“All along he enjoyed good health until he started having difficulty in breathing and collapsed at 1:30 pm yesterday. He wasn’t suffering from any disease. Though we are sad we lose him, we accept God’s will,” said Kipngeno.

Kipngeno described his father as a hero and said the old man proved his athleticism even in the face of death and died ‘while smiling’.

“He had a grin on his face as the cardiac arrest struck him. As he took his last breath, he lay on the ground and stretched himself and surrendered to his fate,” he said.

Kipngeno further paid glowing tribute to his late father as a generous man who area residents often came to ask for all manners of favours be it financial or material.

“He never chased anyone away. He always made sure that every visitor to our homestead did not leave before taking a cup of tea or a meal or even spending a night,” said Kipngeno.

He added: “For visitors who were passing by to other destinations and did not have enough money to travel, he would dig into his pocket and provide them money for transport. I can tell you, he was a very generous man.”

But much as the late Kiprugut was a legendary runner, none of his nine children followed in his footsteps.

But even then Kipngeno appealed to Kericho Governor Erick Mutai’s administration to follow through with the proposals for the Kericho Green Stadium to be renamed Kiprugut Chumo in honour of the legendary athlete.

“We want the memory of our father to be kept alive. He brought so much honour and pride to the country and that is the least the county of the government Kericho can do for him,” he said.

Since Kenya first participated in the Olympic Games in 1956, winning medals proved a hard nut to crack.

For years, no athlete had won any Olympic trophy. But in 1964, the late Kiprugut placed the country on the global map by becoming the first Kenyan and African, to win an Olympic medal when he bagged bronze in the 880 yards (now 800 metres) race at the 1964 Tokyo Olympic Games.

The 2010 Kenyan Sports Personality of the year and ‘Hall of Fame’ award winner in an earlier interview, recalled with nostalgia how tears of joy rolled down his cheeks as the Kenyan flag was hoisted for the first time in the history of the Olympic Games.

“To bag a bronze medal back then was no mean feat as we lacked proper training facilities, professional coaches and even running shoes,” he said

He blamed his third position on a Jamaican George Kerr, who allegedly tried to shove him out of the way.

He said that the Jamaican hit a stone on the edge of the tracks, but he stood his ground to actually run to a podium finish.

Nonetheless, the hero remembered with nostalgia how he was overcome by joy when he took to the podium to receive his medal.

“All eyes at the stadium were on me since no one had ever seen a black man achieve such a feat before,” said Kiprugut.

The former senior sergeant in the army from Kericho County said he started running while still a student at Kaptebeswet Primary School and Sitotwet Intermediate School in the 1950s.

During the recent Mashujaa Day celebration, Chumo was feted at home with a trophy and cash token by the Kericho County administration. 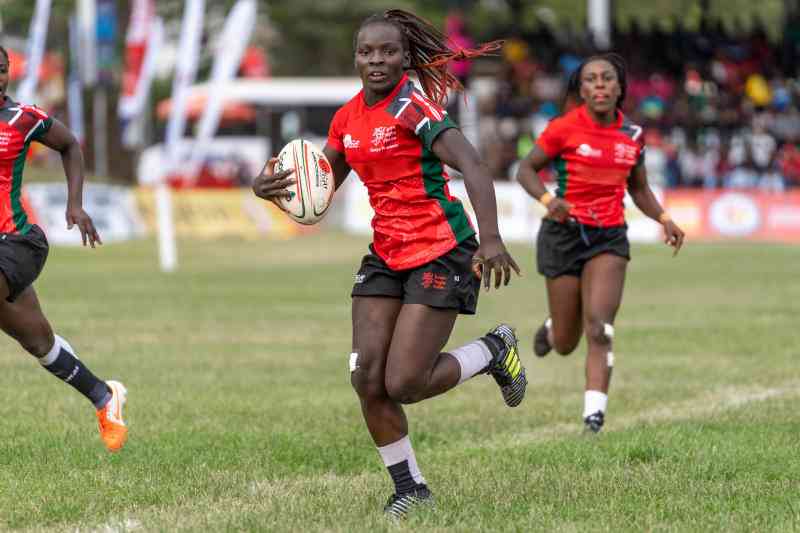