As Cristiano Ronaldo, Lionel Messi, and Kylian Mbappe continue to make headlines on the pitch at the ongoing World Cup, a Kenyan man is grabbing the attention of millions of fans off the pitch in Qatar.

Abubakar Abbas has won the hearts of World Cup fans in Qatar despite his mere temporary job of directing fans to a metro station.

‘Metro Guy’ as he is now referred to, has warmed the hearts of many and in one of the clips he holds a foam finger and speaks into a megaphone, repeatedly saying, “Metro.”

On Saturday, the 23-year-old Kenyan was given a chance to address World Cup fans in a full stadium in Qatar.

As he walked towards the stage, Abubakar Abbas was cheered by football supporters who could not contain their excitement with their favorite Chants 'Metro this way' filling the air.

Abbas became a worldwide sensation after he was recognized for his creative way of directing world cup fans to the nearby metro.

In a previous interview, he revealed that he had applied for a job as a security guard.

On arrival, he was given a task to guide people and make sure they find their way to the foreign land.

Fans from all over the world have applauded him for performing his job with passion and making many happy.
Often wearing a reflector coat, perhaps for his job, the TikToker has been receiving love from across the world and from Kenyans on social media as well.

His comment section is filled with Kenyans proudly commenting on the Kenyan flag.

In another video, the TikToker clarifies that when he says metro he means “a metro station in Doha.”

The content creator then confirmed that he is indeed from Kenya while responding to a TikToker, one @Espearance942 who asks him where he is from.

In his response, Metro Guy uploaded a google-search result of Kenya, which shows the Kenyan flag and describes its location in East Africa. 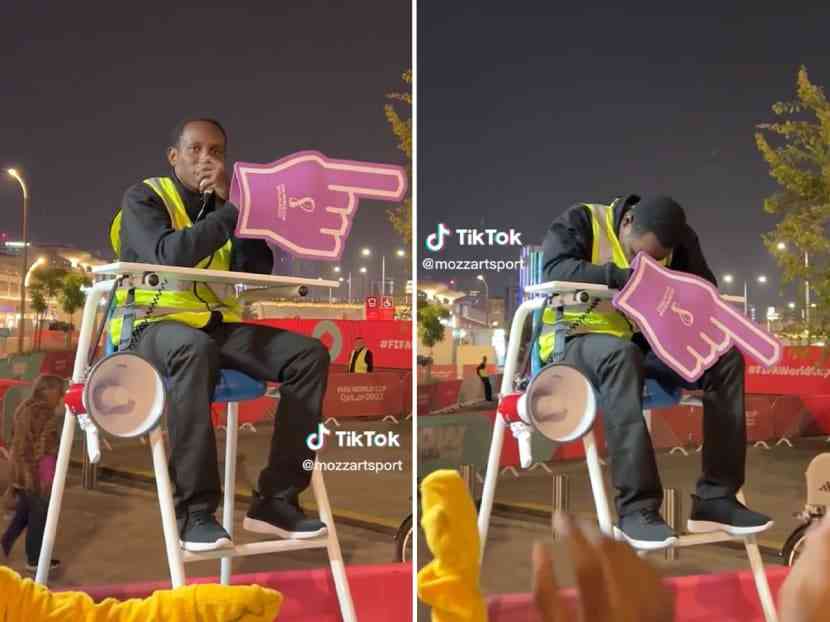 He explained in a short interview uploaded to his account that he went viral for coming up with an interesting way to direct fans.

“The fans were just passing by and I thought of a way that I could engage them, and have fun with them,” he said.

“Saying ‘metro this way...metro this way’ over and over was tiresome and boring. That is why I wanted to make it interesting,” he said.

Now, his methods of engaging fans have caused a worldwide internet sensation.

Every time he says “Metro”, fans from diverse different countries either repeat after him or chant, “This way!”

“I love you guys. Keep sharing, keep posting and keep commenting. And another thing, I have only one account, so whoever is impersonating me, please report that account and unfollow it,” Metro Guy said in an announcement uploaded to his account yesterday.
Indeed, his clips pop up on different accounts on the platform, receiving millions of views and likes.