Both Doan and Asano play for German clubs.

“I believe it’s a historic moment, a historic victory. If I think about the development of Japanese soccer, thinking of players, for them this was a big surprise,” said Japan coach Hajime Moriyasu, who had five Germany-based players in his starting lineup and three, including the scorers, on the bench.

“They’re fighting in a very strong, tough, prestigious league. They’ve been building up their strength. In that context we believe that those divisions (Bundesliga and second division) have been contributing to the development of Japanese players,” Moriyasu said. “I’m very grateful for that.”

Ilkay Gündogan had given four-time champion Germany the lead with a first-half penalty. But Doan, who plays for Freiburg, pounced on a rebound to equalize in the 76th minute after Germany goalkeeper Manuel Neuer blocked a shot from Takumi Minamino.

Then Asano, who plays for Bochum, sprinted clear of Nico Schlotterbeck and beat Neuer from a narrow angle in the 83rd minute.

It was the first competitive meeting between the two nations. They played two friendlies in the past, with Germany winning 3-0 in 2004 before a 2-2 draw in 2006.
Germany outplayed Japan for much of Wednesday’s match and had 24 attempts on goal compared to Japan’s 11. The Japanese had only 24% possession.

“It’s brutally disappointing, not only for the players, but also the coaching team,” Germany coach Hansi Flick said. “We deserved to go in front. It was more than deserved. Then you have to say that Japan gave us a lesson in efficiency.”

The match was played a day after Argentina’s 2-1 upset loss to Saudi Arabia.

Before their game, Germany’s players covered their mouths during the team photo to protest against FIFA following its decision to stop plans to wear armbands that were seen as protesting discrimination in host nation Qatar.

Nancy Faeser, Germany’s sports minister, attended the match at the Khalifa International Stadium and was sitting beside FIFA president Gianni Infantino while wearing the same “One Love” armband that FIFA had outlawed with its threats of consequences.

It was only the third time Germany had lost its tournament-opening game after defeats against Algeria in 1982 and Mexico in 2018. In the other World Cup openers for Germany, the team had won 13 matches and drawn four.

Despite giving away the penalty for a clumsy challenge on left back David Raum, Japan goalkeeper Shuichi Gonda made a string of saves and was player of the game.

“We fought as a team,” Gonda said. “We have to make sure we never stop.”

Japan will next play Costa Rica on Sunday, while Germany will face Spain. The Spanish routed Costa Rica 7-0 in the other Group E match.

Germany’s buildup was fraught by protests and political statements because of Qatar’s human rights record and its treatment of migrant workers and members of the LGBTQ community.

Germany midfielder Joshua Kimmich complained Tuesday that he had the feeling he wasn’t able to fully enjoy playing at the tournament because of all the negative coverage. 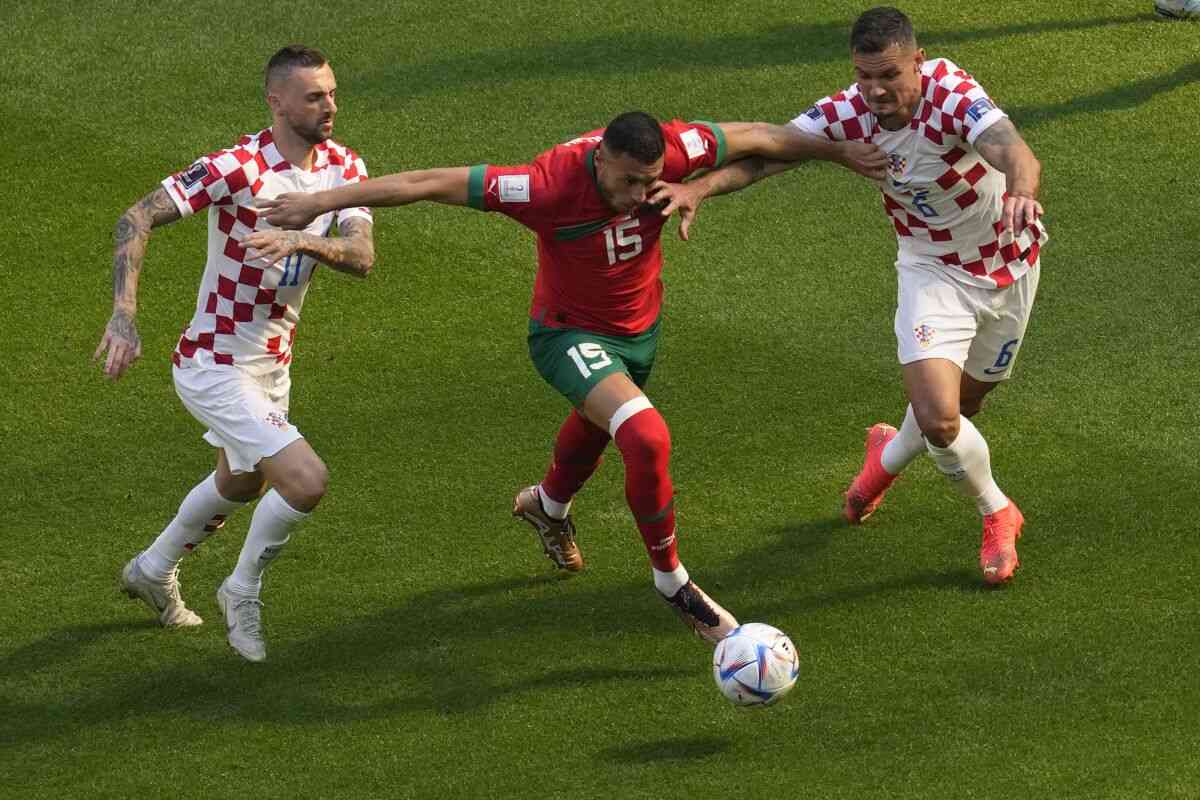