We are not doing it for the camera! Japanese fans cleaning Qatar stadium shock football fans

Japanese fans on Sunday shocked Qatari locals by clearing up Al Bayt stadium after Qatar vs Ecuador World Cup opening game, despite the fact, their team did not even feature in the match.

In a video that was originally shared on Instagram by Bahraini content creator Omar Al-Farooq, the Japanese fans, who were dressed in their national colors, stayed behind at the end of the game to pick up the trash.

The video of their act quickly went viral on social media and amassed thousands of comments from users.

The video showed the Japanese fans, armed with large garbage bags, cleaning the stands after the crowd left the stadium.

Japanese fans marched through the rows picking up the rubbish and placing it into plastic bags.

Al-Farooq is seen asking the Japanese fans: "Why are you doing this?"
In response, one of the Japanese men says: "We are Japanese, and we do not leave rubbish behind us, and we respect the place. We are not doing it for the camera"

They also collected the flags that were dropped at the stadium by the enthusiastic crowd, adding that "these command respect".

The Japanese first gained a worldwide reputation for doing this four years ago at the 2018 World Cup in Russia after a Japan's match against Colombia in 2018.
Netizens around the globe were impressed by their readiness to clean up the stadium after the match. 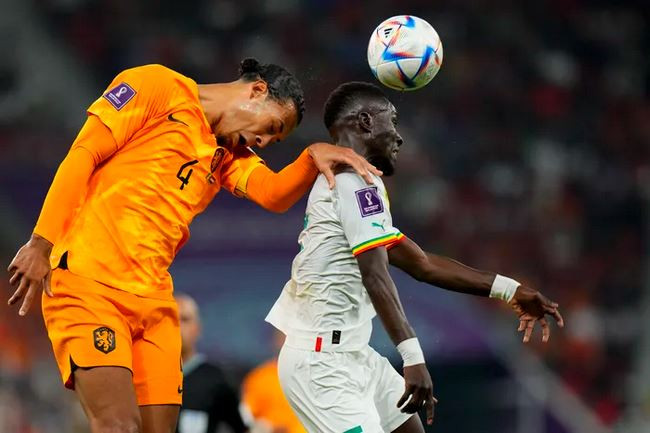 By Associated Press Dec. 05, 2022
Football
Why we were beaten 3-0 by England! Senegal coach breaks silence after their elimination

By Charles Odero Dec. 05, 2022
Football
Why France's defender Kounde was told to remove his gold necklace during Poland match
.