Cristiano Ronaldo’s explosive interview with Piers Morgan could raise some tensions within the Portugal squad before the World Cup.

Ronaldo may be looking for a way out of Manchester United after saying in the interview he feels “betrayed” by the club and does not respect manager Erik ten Hag. In another excerpt released before the full interview is broadcast, Ronaldo said United’s owners, the Glazer family, “don’t care about the club.”

Ronaldo has now linked up with the Portugal squad that contains two teammates from United — Diogo Dalot and Bruno Fernandes.

The Portuguese soccer federation published footage on Monday of Ronaldo and Fernandes greeting each other in the locker room ahead of practice and the interaction looked frosty. Or was it just for show because the cameras were on them?

Portugal coach Fernando Santos will have to hope internal club issues don’t affect the team’s buildup to its opening game against Ghana on Nov. 24.

Portugal midfielder João Mário played down the issue, saying Monday:‘I was in the locker room at that moment, I saw pictures. It was a joke between them. Bruno Fernandes was one of the last to arrive. Cristiano asked: ‘Did you come by boat?’

Fernandes has now appeared to corroborate Mario’s comments, writing on social media: ‘Oh Joao Mario, there you are ruining the newspaper headlines’, with a facepalm and laughing emoji.

Cristiano Ronaldo was spotted trying to manhandle Cancelo in a strange Portugal training incident but the Manchester City star remained stony-faced during the interaction. 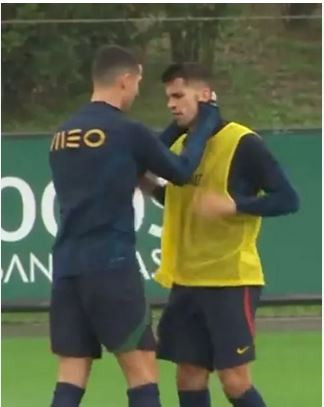 Cancelo did not like it at all and the pair then both went their own separate ways to return to training with Ronaldo smiling as he walked away - creating yet another bizarre talking point for fans following CR7 and Bruno Fernandes' frosty dressing-room exchange. 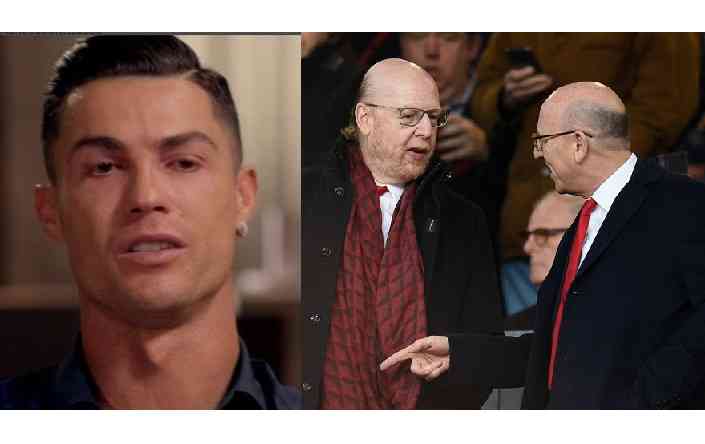