There’s finally a white smoke from yesterday’s talks between the government and Football Kenya Federation officials in a bid to resolve the impasse that has clouded the Kenyan football for almost a year now.

He also confirmed the reopening of FKF headquarters at Kandanda House in compliance with Fifa’s demands.

While it was resolved that Vice President Doris Petra and General Secretary Barry Otieno to run the federation, embattled federation President Nick Mwendwa will stay out of office until his pending court case is determined.

Kenya is currently serving a suspension that was imposed on FKF by the world football governing body on March 31 citing government interference.

This is after former Sports CS Amina Mohamed disbanded the federation on November 11 2021 over allegations of misappropriation of funds and appointed a caretaker committee to run football affairs for a period of six months.

The caretaker was later transformed into a transition committee on June 17 with its term extended for another two months on August 15 before it elapsed on October 16.

On February 24, Fifa had set two conditions to Amina set; re-open the federation’s headquarters at Kandanda House and allow officials of the disbanded FKF back in office for them to be readmitted, but none never came to pass.

And for the first time in almost a year, ministry and federation officials held a joint press conference to update the country on the steps they have taken to return football to normalcy.

Even as Doris Petra and Barry Otieno were tasked with the duty to update Fifa on the current state of the federation, Namwamba warned that his ministry will not condone corruption and poor governance related issues.

“The most important thing that we need to know is that Fifa placed conditions on the government, the government has met those conditions while also acknowledging certain realities. Fifa made reference to two officers whom they expect to communicate with in this matter and that is the Vice President Doris Petra and General Secretary Barry Otieno,” said Namwamba.

That’s in the context of certain issues that remain unresolved and that’s why I did indicate that Mwendwa has signed an acknowledgement of that situation, acknowledging that he’s a court case that’s ongoing and as soon as that matter is resolved, then normalcy will resume,” said Namwamba.

“In the interest of disclosure, I would like to let the public know that I’ve met the caretaker committee. I invited them to brief me on their work and get me their findings and recommendations which are in my possession. When I make reference to issues of integrity and governance, that’s part of the whole arena. We are definitely not going to be blind; this government and ministry under my leadership is not going to be blind on issues of integrity and governance. Those two issues are going to receive full attention.

“You also need to know that some of the legal issues Mwendwa mentioned are still alive in court. I’m respecting the jurisdictions of the court, and I’m glad Mwendwa has also acknowledged the reality of that court case and we hope that case can be resolved in the shortest time possible. In the meantime, as those legal cases go on, let’s get football back up and running.”

On his part, Mwendwa said: “I agree that I’m going to allow my team to continue unabated without my interference. Fifa is aware I’m not trying to interfere and stop them from doing this because we all want football to come back.

“I wouldn’t say it’s stepping aside, but an agreement that I acknowledge that I need to do away with this matter (court case) before I can fully be integrated. I’m glad to be part of this process and I acknowledge it.” 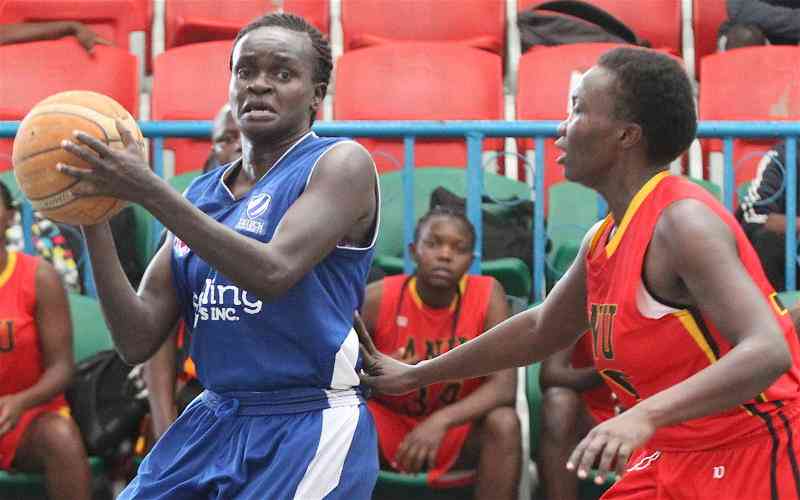