Last updated 14 days ago | By Reuters 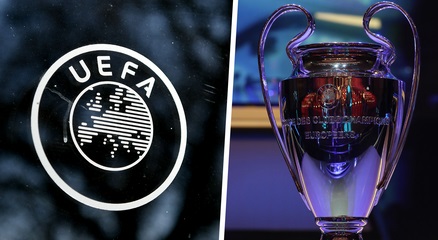 The European soccer body’s president Aleksander Ceferin said he saw “no need for a Plan B” after discussing plans with Portugal’s Prime Minister Antonio Costa, although UEFA recognised that organising the tournament represented “great challenges”.

“During the meeting, all parties underlined they are fully committed to working together in a collaborative manner in order to deliver a successful event in Lisbon,” UEFA said in a statement.

“The participants discussed the fact that this is an unprecedented tournament which presents great challenges, but reinforced their belief that the necessary conditions will be present in Portugal.”

Last Thursday, the Portuguese government said that those people living in the affected areas of the capital - 19 parishes not including downtown Lisbon - would be allowed to leave home only to buy essential goods or to travel to and from work.

The measure will be in place from July 1-14 and will then be reviewed.

The tournament will use a straight knockout format and the quarter-finals and semi-finals will be staged over one leg, instead of the usual two, with the final to be held on Aug. 23.

“I shared a complete update on the COVID-19 situation in our country and added that all measures are being taken to ensure that we will host this tournament in a safe and secure manner,” said Costa.

Ceferin said he was confident that “we will conclude the season in a positive way in Lisbon. There is no need for a Plan B.”

The four last-16, second leg matches which still have to be played — Manchester City v Real Madrid, Bayern Munich v Chelsea, Juventus v Olympique Lyonnais and Barcelona v Napoli — will take place on Aug. 7/8, either at the originally scheduled venues or in Portugal.