Harambee Starlets eased past Northern Ireland with a comfortable 2-0 win in their opening match of the Turkish Women Cup on Wednesday.

Starlets’ Janet Bundi broke the deadlock in the 62nd minute after a cagey first half at the Gold City Sport Complex.

SEE ALSO: Next year's Africa Cup of Nations finals could be postponed

The Kenyans will now face Chile on Saturday at the Starlight Sport Complex, before their final group A action against Uzbekistan on Tuesday next week.

Ouma, however, has dropped four players including Thika Queens' Phiona Ariko, Cynthia Livondo of Trans Nzoia Falcons, Cynthia Shilwatso of Vihiga Queens and Elizabeth Katungwa of Mombasa Olympics all were in the initial 25 team provisional squad. 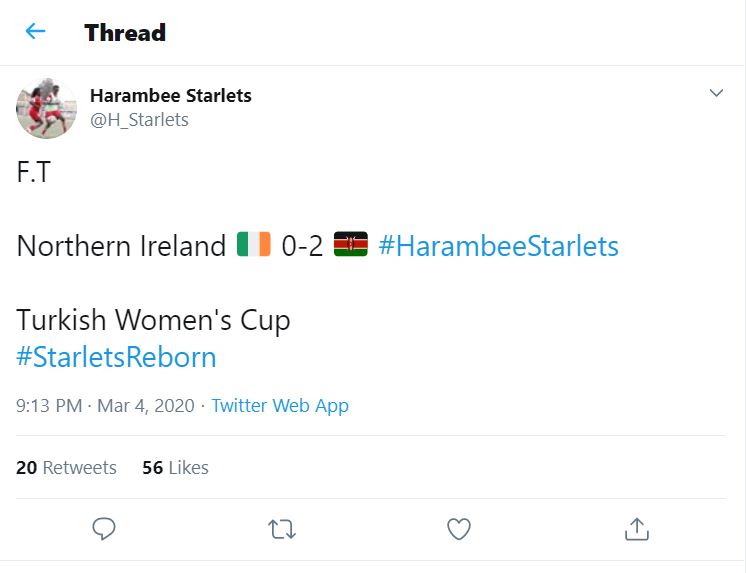 Starlets will use the tournament to warm up for the first round of the 2020 Women Cup of Nations in April where they are set to play against Tanzania.