The troubles in Meru that could dim Kawira Mwangaza's light

Meru Governor Kawira Mwangaza hit the ground running after defeating heavyweights in the August 9 election. The ground then retaliated by thrashing her.

She wasted no time in dismissing a few officials from Kiraitu Murungi’s government, the most notable of whom was John Ntoiti, the CEO of Meru Revenue Board, who was famous for leading a high-handed county inspectorate delegation to demand mast licence levies from her television station.

But she soon entered a turbulent period as disenchantment crept in from all sides, most notably the county assembly. Governor Kawira, who is not afraid of confrontation, has so far weathered the storm, despite several run-ins with MCAs and some of her political tormentors.

She has refused attempts by senior Meru politicians to mediate the dispute, publicly invited MCAs and MPs to reconciliation meetings, and has remained defiant to the end.

She has braced herself in the face of the administration’s opposition. When the county assembly refused to approve seven of her nine Cabinet nominees, she rearranged her dockets, giving the lucky three and the Deputy Governor heavy responsibilities.

She also appointed two of the rejected nominees as advisors, a position that does not require county assembly approval.

Seeing what she was up against in her nascent county leadership, the former woman representative had promised she was up to the task of liberating Meru and achieving the potential for the people, regardless of opposition to her administration.

Governor Kawira said the process of liberating Meru would be difficult, but she was determined to complete the task of ridding the county of bad governance and cartels that oppressed the people.

“The rescue and liberation of Meru must be a messy and noisy process. Liberation is not easy to achieve ... if we are to free Meru from the hands of cartels,” she said at Kinoru Stadium, a day after the MCAs denied her a chance to address them by walking out as soon as she stood to speak.

Since taking the oath of office, the governor and MCAs have been feuding, and there is no end in sight.

The lull that is currently in effect is deceptive. MCAs from both the Assembly’s Majority and Minority parties have agreed to let the governor run the show while they focus on oversight, representation, and legislation.

“We support the agreement reached by Controller of Budget Margaret Nyakang’o. For the time being, the governor will identify and execute the projects,” Minority Leader Mwenda Ithili said.

Majority Whip Jim Muchui, as well as nominated MCAs Secondina Kanini and Ruth Kananu, said they had left everything up to the governor, including all development in their wards.

“We are explaining to the people that we have left every developmental project to her; I had pledged roads, but it is now up to her,” Muchui said. “If residents ask us for bursaries, we give them the governor’s number.”

Kananu said the Executive and Assembly must collaborate because MCAs had development manifestos that they wanted to see implemented through partnerships.

“It’s not just her who had flagship projects, and we are the ones who will pass the budget,” she said, referring to Maua, which needed road and water projects.

Kanini explained how they will get through the next five years without their input in projects: “That is not my work. Mine is oversight, representation, and legislation. That is a lot of work for me. Project implementation is exclusively for our governor.”

Patrick Muriungi, the Head of Protocol in Governor Kiraitu’s administration, said the lull had the potential to cause a major storm in the county government.

“I encourage all parties to use the voice of reason in their discussions. It appears our governor has little faith in anyone.

“We have seen her dismiss Senator Kathuri Murungi’s reconciliation attempt. This was a once-in-a-lifetime opportunity that was squandered. Governor Kawira must believe that there are good people out there.”

For the time being, all efforts to bring the two branches of government together have failed. Nobody knows what is going to happen next.

Even as she works to defeat her opponents on multiple fronts, she will face a county assembly determined to play its rightful role in county governance, with all 70 MCAs (including Speaker Ayub Bundi) reading from the same script.

The MCAs have been fighting for a role in the ward community projects, aware of the pledges they made to the electorate (unofficially referred to by some as ward fund).

However, with the political stakes being that high, and MCAs realising that their success is dependent on the projects, Kawira said the establishment of any ward development fund was illegal, and that MCAs could forward to her the projects they wanted for their areas, just as residents had done during the public participation forums.

The first meeting between Kawira and MCAs did not result in the formation of any working relationship.

The purpose of the one-and-a-half-hour meeting was to plan another to discuss ward issues, but this never happened due to the growing rift.

A poster is circulating online that purports to direct residents on how to resolve issues with the county government, giving Kawira’s personal assistant and her husband, benga musician Murega Baichu, mobile phone numbers.

It encourages residents to contact the governor if they require roads, health care, fertiliser and other farm inputs, or a bursary. It also instructs them to contact her PA if they require assistance with funerals, weddings, or birthday parties.

Kawira, who was elected on an independent ticket, is working from a complicated matrix.

Other parties represented in the 69-member assembly are Jubilee Party with 10, Tigania East MP Mpuru Aburi’s No Peu with three, Democratic Party with 1 MCA and five independents.

Kawira is extremely vulnerable, with not a single MCA elected as an ally. She has chosen to go down a path previously uncharted by the previous two independent governors elected in 2017 – Dr Mohamed Kuti of Isiolo and Ndiritu Muriithi of Laikipia, both of whom passionately courted MCAs as soon as they took office.

Only Chari Ward Rep Ali Dima and his Sericho counterpart Nura Diba were always in opposition to Dr Kuti, who usually had his way around legislation, budget approval, and oversight in Isiolo, which had 10 wards and 17 MCAs in the previous term.

Muriithi always managed to charm all 24 MCAs in Laikipia, overcoming occasional squabbles that could have been crippling.

Muriithi stated in an interview midway through his term that it all came down to accepting the political reality of the current setup.

“Within a week of our election, we went for a retreat and that was the start of mutual and healthy respect. I think a lot of governors fail because they decline to accept the legitimacy – the sovereign mandate - of the ward reps,” he said.

In Meru, Speaker Ayub Bundi said all that they wanted was the creation of an equalisation fund, to ensure an equal amount for all the 45 wards.

“Because if there is no equalisation fund and the governor is dissatisfied with an area MCA or she believes this area did not vote for me or will not vote for me in 2027, she may decide to concentrate all her development project activities in a given area,” Bundi said.

He added that the assembly has insisted on an equalisation fund since 2017.

“We wanted to keep things as simple as possible. Munya’s bare minimum was Sh25 million. It was Sh20 million at the time of Kiraitu. As we speak, Narok is giving Sh100 million, Nyandarua is giving Sh45 million, Elgeyo Marakwet is giving Sh35 million, and Tharaka Nithi is giving Sh15 million,” Bundi said.

He said this is what they have been asking for, and that the MCAs are working with the electorate to prioritise the projects.

The speaker said the Executive will be in charge of tendering, supervising, and contracting.

“At that juncture, we went to Controller of Budget,” he said.

According to Kawira, the meeting was held to discuss MCAs’ demand for a Ward Development Fund.

“The meeting decided as follows: There will be no Ward Development Fund, as demanded by MCAs because their demand is not legally supported. Both the Executive and the County Assembly must collaborate, but each must stick to its mandate and functions.”

She said the Executive was tasked with developing regionally balanced projects (per ward) with public participation.

“MCAs can participate in these public participations as members of their respective communities, but they should not dictate which projects are included on the list. The Office of the Controller of Budget will prepare a report on the discussions and send it to both parties for implementation.”

Kawira expressed hope that the meeting’s conclusions would put an end to the existing disagreements with MCAs, which included the reps walking out on her when she went to deliver an address to the assembly recently, as well as public exchanges of harsh words.

“It is my hope that this will put an end to the differences that have existed so that we can work for the people of Meru,” the county chief said.

However, after the meeting, Speaker Bundi told residents not to blame MCAs if they were unable to deliver on the projects they promised.

Bundi said under the direction of CoB Margaret Nyakang’o, it was decided that all ward projects now “belonged” to the governor.

“So now we (MCAs) are going to tell residents that they should demand projects from the governor, not the MCAs. The governor instructed us to carry out our oversight duties in the assembly. Our only job will be at the assembly,” the speaker said.

Bundi said no bare minimum had been proposed. 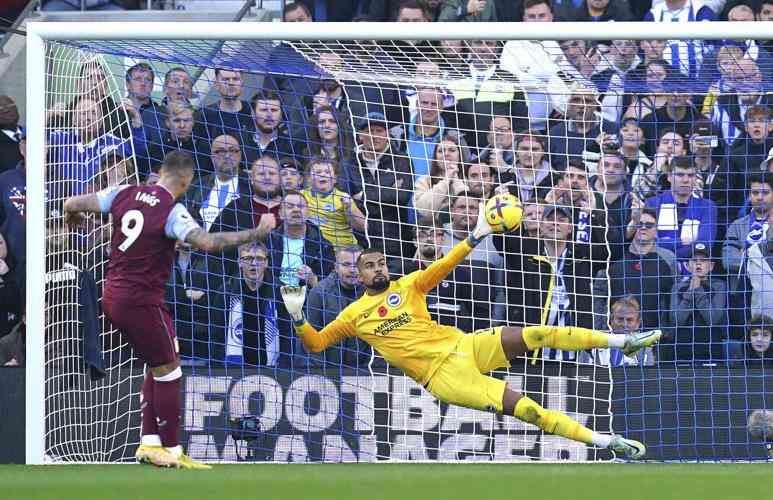