It seemed like a script straight from heaven. Not even the disciples could stop their insatiable hunger for the Sh2 million –but only God.

And what a beautiful day to end Kenya’s 2022 marathon running season that came with immense heartbreaks occasioned by the doping menace sweeping across the athletics landscape.

For a while, the unthinkable looked real. For a while, a great day looked destined for something beyond the wildest dreams.

Yesterday, the picturesque environment inside Uhuru Gardens fostered a pristine ambiance that spiced up the excitement of the marathon it’s often associated with.

The scenery at the historic park is certainly beautiful but for some, it was too beautiful.

The atmosphere was simply electrifying. From all walks of life, they came in their thousands to watch action that sent the commemorative park and those lining up along the course into delirium as the sonorous cheers livened the air.

They gained a life of their own and floated over the spruced up Uhuru Gardens like the pregnant clouds of the last few days.

The beauty of sport is shaped by its cruelties; the shock and heartbreaks.

Elisha Chelimo and Sheila Chepkoech chalked up wins to each win Sh2 million top prize. Their wins brightened every little colour, it amplified every sweet sound and it saved the 19th Standard Chartered Marathon showdown –which attracted participants from 30 nationalities –for Kenya. It was a day the whole world awaited with bated breath for the unusual; Kenyan fans thronging the nation’s historic garden to catch the marathon action.

Among the electric crowds that painted the stadium red was Sports Cabinet Secretary Ababu Namwamba, Chief of Defence Forces Robert Kibochi, senior officials of Standard Chartered Bank, Standard Group and Athletics Kenya. Former First Lady, Margaret Kenyatta was also in attendance. The mouth-watering battles on the course left many fans with a wandering eye gasping for breath when they got down showcasing their huge talents and riveting actions. Their spectacular shows brightened every little colour and amplified every sweet sound inside the park.

Green, the official colour for the one-day meet, remained visible in almost all vantage positions.

Excited local fans, most of them clad in green t-shirts, turned in large numbers to cheer on Kenyan stars.

Huge ambitions, upsets and redemption provided some exciting talking points as a handful of top stars battled upstarts in the chase for the Sh2 million winning prize.

“I am happy for the victory. I had been invited to the Frankfurt Marathon (held today) but could not make it due to visa delay,” said Chelimo. 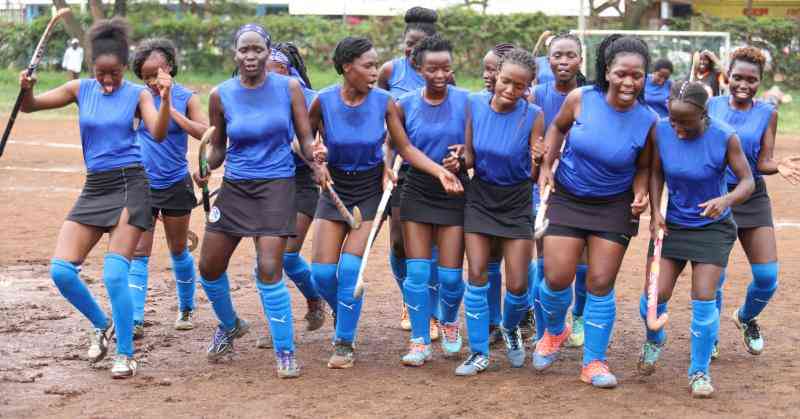