A dogfight awaits as top guns battle for 1,500m honours when the 18th World Athletics Championships start in Eugene, Oregon in USA tomorrow.

Abel Kipsang, fourth at the Tokyo Olympic Games, in 1500m will be a sight to behold. he won Doha, Birmingham and Oregon Diamond League meetings as well as Africa Championships and the national trials. He bagged a bronze at the World Indoor Championships.

With the Wanda Diamond League mid-way, tomorrow's duel will surely confirm the 1500m king in 2022.

Cheruiyot has not won a race season, finishing second in Doha, third at Prefontaine Classic and second at the Kenyan trials.

Charles Simotwo bowed out in the semi finals yesterday while Cheruiyot, Kipsang and 2016 World Under 20 champion Kumari Taki sailed into the finals to book a dare with Norway's Olympic champion Jakob Ingebrigtsen.

They must be at their best to stop the Norwegian, who has been in top form since winning the Olympic title last year.

Cheruiyot, the 2019 winner at the World Championships in Doha and second at the national trials, will marshal forces with Kipsang, who holds the fastest time (3:31.01) set at the Kip Keino Classic meet in Nairobi this season.

Kipsang drew first blood on the 2022 Diamond League circuit, turning back to win the season opener in Doha before winning the second leg inside Alexander Stadium in Birmingham and national trials at Kasarani Stadium.

Ingebrigtsen made his 2022 Diamond League debut at the Prefontaine Classic meet in Eugene, USA, on May 28. 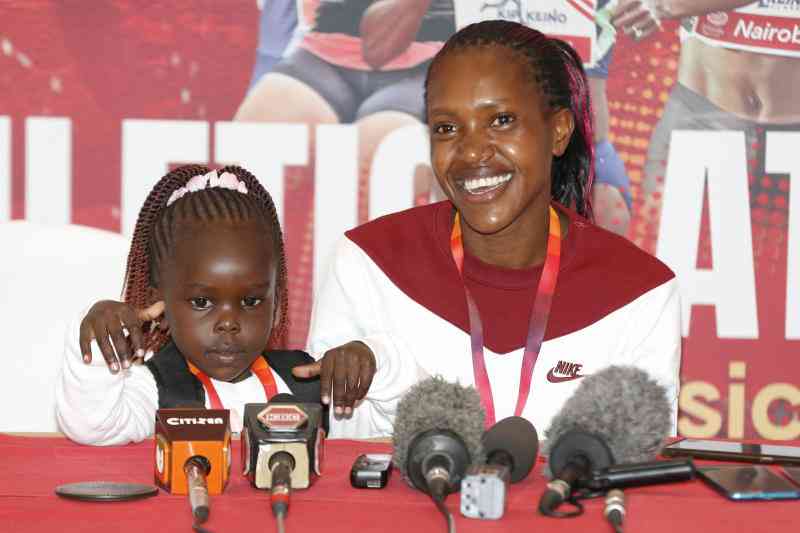 Macharia stays calm as he bags victory in Thika
Golf
By Sammy Mose
39 minutes ago
Why France's defender Kounde was told to remove his gold necklace during Poland match
Football
By Charles Odero
1 hour ago
England eliminate Senegal, will play France in World Cup quarterfinals
Football
By Associated Press
1 hour ago
Ababu has his work cut out for him in restoring the sport fabric
Sports
By Rodgers Eshitemi and Jonathan Komen
7 hours ago
France advance to the next stage of the World Cup as they beat Poland 3-1
Football
By Associated Press
11 hours ago
.