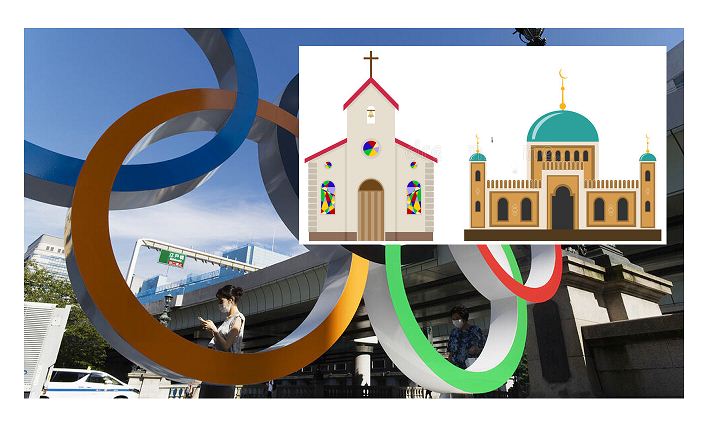 I have been in Tokyo for nine days and so far, I am yet to see a church or a mosque. I am also aware there are a number of Buddhists in Japan, but I am also yet to see a temple.

I have come to realise though that the Japanese are not very religious people.

I asked one who could mumble a few words in English, where I could get a church, and she was quick to ask if I wanted to go there.

She says their Sundays are just all about rest. As I write this article I am spending my Sunday at the Olympics Stadium, but would have gone to church if I found one.

Stadium: Everyone is taken care of here

Tokyo has several Stadiums and most of them don’t look new, which means they were not built just in time for the Olympics.

The Japanese have invested more on sports and especially the infrastructure. What stands out in these stadiums though is how they have taken care of everyone. Outside the stadiums, there is room for parking, but inside before you get to the sitting space, they have provided parking space for wheelchairs.

At Kasarani or Nyayo stadiums, those with physical disability always find it hard getting access if they want to use the stadium seats. Hope the stadiums management in Kenya are reading this.

Before the Olympics games started, there were many stories that most Japanese don’t want the games to be held.

Most media outlets had reported that there might be resistance to the games even on the streets considering fans are not allowed to the games venues.

It is a different picture in Tokyo though as locals are always queuing outside the Olympics stadium to take pictures of the Olympics rings. The queues are long even late into the night and early in the morning.

They say it is their Olympics and they want to own it and some wish they could even be allowed into the stadium.

At the high altitude Nyahururu Sports Club, Javan Muriithi outshined a strong field of 73 golfers to claim the CIC Golf tournament top prize with a so

By Mose Sammy | 19 minutes ago