Moraa eyes to be the next 800m queen

Of the five fastest women heading to the World Championships in 800m field, Mary Moraa, the 2017 World Under-20 silver medallist over 400m is among them.

This gives the Kenyan a realistic dream of a medal in Oregon, United States.

Moraa has produced a solid sub-two-minute mark this season and will be in the company of Jarinter Mwasya and Naomi Korir as Kenya seek to reclaim the gold medal position it last won in 2013, through Eunice Sum in Moscow.

Caster Semenya of South Africa later dominated the event until she was barred by World Athletics’ differences of sexual development (DSD) rules introduced in 2019 alongside Burundian Francine Niyonsaba.

A week after powering her way to new personal bests in the 400m and 800m at the Athletics Kenya trials, Moraa went on win Stockholm Diamond League in 1min, 57.68secs, very close to her PB time of 1min, 57.45secs, beating out Olympic silver medallist Keeley Hodkinson of Britain, who finished second in 1min, 58.18secs.

Moraa, a Kenyan policewoman, announced her presence in the two-lap event when she comfortably won in the Diamond League in Rabat last month and is optimistic her hard work in training will steer her to better performance in Oregon.

“Personally, I am hoping to be in peak form by the time the World Championship come around. The win in Rabat was a fresh start for me and renewed my motivation,” said Moraa after winning her Kenyan trials.

Mwasya, a Kenya Defence Force officer, produced superb performance at African Senior Athletics Championships last month in Mauritius and will hope to execute the same energy at the World Championships.

The 25-year-old ran 1:59.84 in Toulouse, France and will be making her debut at the global showpiece.

“Things are looking good for me this season, and I believe the best is yet to come, making my debut at the world championships is a great achievement and this comes just weeks after winning continental gold medal in 800m,” said Mwasya, who is coached by Peter Bii in Iten.

She is yet to break sub two barriers and her personal best stands at 2:00.06.

The Kenyans will get tough opposition from Athing Mu of the United States. The Olympic Champion has been so effective that she has powered all opposition out of the way.

Mu has a season best of 1:57.01 and will be in the company of her compatriot Ajee Wilson, who has run 1:58.23 this season. Raevyn Rodges will also be in the mix for the United States. 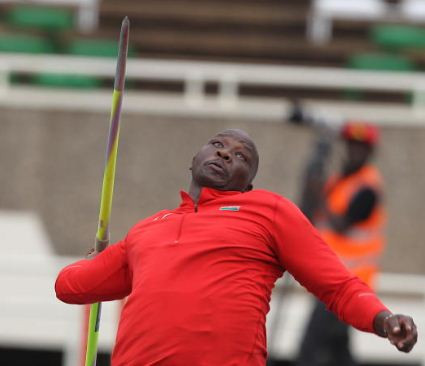