It was a match Argentines had no doubt would be victorious and joyful. Instead, shock and sadness engulfed the streets of the capital Tuesday morning as the long-awaited debut of the national team in the World Cup ended in a 2-1 loss to Saudi Arabia.

“The truth is, this is a disappointment, a big disappointment,” said Alejandro Pintos, a 36-year-old locksmith who was opening his shop a bit later than usual because he first wanted to watch the game. “This was the match that we had no choice but to win.”

Pintos described the national team as being “very disorganized,” something he found particularly frustrating given its 36-match unbeaten streak leading up to the tournament.

Led by Lionel Messi, Argentina entered the tournament as one of the favorites, but instead suffered one of the biggest World Cup upsets after Saudi Arabia rallied with two second-half goals in Lusail Stadium.
“I’m really quite bitter,” Josefina Licera, a 27-year-old social worker, said as she waited for the bus to go to work. “I was really sure we were going to win and it was a big surprise.”

Susana Leguizamón, 55, woke up half an hour before the match was set to start at 7 a.m. local time and put on her blue-and-white-striped Argentina jersey, ready to celebrate what she thought was going to be a fabulous debut for the national team in Qatar.
“I was very, very, very surprised,” Leguizamón said. “The truth is, we underestimated our rival.”

Argentines were counting on a World Cup win to bring a glimmer of a hope to a country that has been economically stagnant for years, is suffering a nearly 100% inflation rate, and where close to 4 in 10 people are living in poverty.

Oscar López, 67, was visibly upset as he reflected on the team’s unexpected defeat while wiping down windows outside the building where he is the superintendent.

“If they’re in the World Cup, no team is easy,” López said, his eyes watering. “You always have to be careful.”

But Santiago Babarro, 40, said he wasn’t all that shocked by the result.

“The same thing always happens to Argentina,” the retail worker said. “We say, ‘This is an easy match, we can win it easily,’ and then, bam! They put us in our place. We always believe we’re more than what we are.”
Sebastián Fabre, 48, woke up with an uneasy feeling Tuesday, worried about what he said was overconfidence on the side of Argentina fans.

“There was way too much unfounded optimism. I didn’t want to say anything but I think we were all way too overconfident,” Fabre said.

Leguizamón, who walked to her job at a restaurant still wearing her Argentina jersey, said she could feel those around her were also suffering the loss.

“Everyone is very sad, very sad,” she said. “We all woke up with lots of hope.”

Still, the fans said they could see a silver lining.

“Really, it’s better that this happened in the first match and not in the quarter finals,” Fabre said. “That’s the positive side to this.”

“A trip is not a fall, as we say here,” she said, using a common Argentine expression. “I’m a big fan of the national team and I get in a really bad mood when it loses but my hope is intact.”

Argentina plays Mexico on Saturday in their second match in Group C. 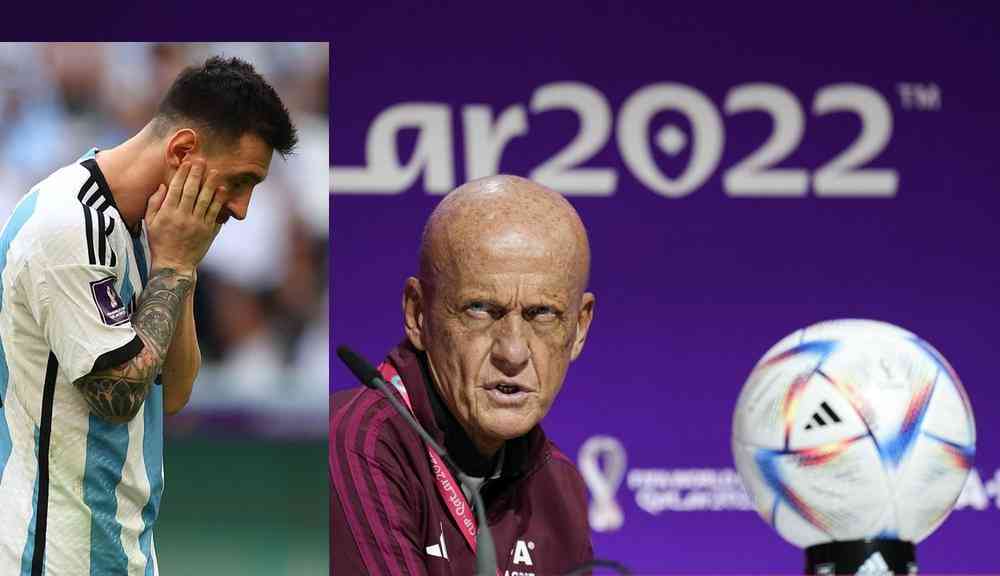