Farmers should not use antibiotics to promote growth in livestock 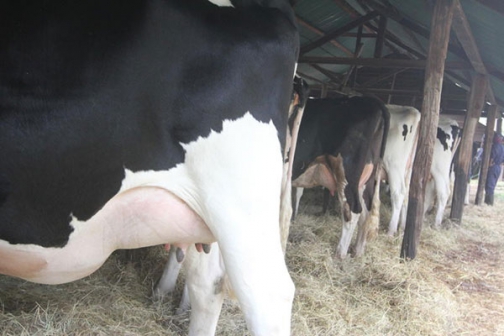 NAIROBI: Since the accidental discovery of antibiotics by Alexander Fleming in 1928 and commercialisation in the 1940s, antibiotics have drastically reduced number of deaths due to bacterial infections in both man and animals.

But recent studies show that these gains may be reversed if irrational and irresponsible use of antibiotics is not addressed both globally and nationally. The misuse of antibacterial drugs has resulted in development of bacterial resistance over time. Farmers are being blamed for antibiotic abuse in livestock production which poses a great threat to the public health.

So how do farmers contribute to antibiotics abuse?

As a farmer you have directly or indirectly through a veterinary doctor used antibiotics like tetracycline, penicillin, oxytetracycline, procaine, ampicillin, amoxycilin or streptomycin among others on your livestock and poultry.

On your own, you have bought antibiotics and administered them to your stock oblivious of the fact that your actions might be contributing to a bigger problem that may soon come back to haunt you when easily treatable human bacterial diseases may cause human death.

Antibiotics are used to treat human and animal diseases caused by bacteria; they do this through various mechanisms to either kill or slow down the growth of bacteria in a biological system, effectively stopping diseases flare up.

Antibiotics once in animal’s system will either directly act on the bacterial or are broken down to yield potent forms that are lethal to the bacteria. After they have done their work, they are excreted from the body through body secretions mainly urine and feaces but some through milk, a process which may take more time. However, some antibiotics may go through the animal body without undergoing any change and are excreted into the environment from where they can easily cause contamination of human food and water.

For this reason, every veterinary antibiotic comes with a withdrawal period to allow for total disintegration and excretion from the animal’s biological system before the animal or its products can be consumed by man. Antibiotics can either be used as curatives to cure a disease condition or can be used as prophylactics to prevent the occurrence of a disease in a susceptible herd. Giving antibiotics to calves during weaning to prevent diarrhoea is an example of prophylactic use.

Alongside this curative and prophylactic use of antibiotics it was discovered that through some mechanisms antibiotics increase feed conversion into body mass and also the growth rate. This has indeed found commercial use in poultry, beef cattle and pig production to hasten the growth rate and increase muscle weight.

Studies have shown that administration of some type of antibiotics to pigs increases their feed conversion ratio, growth rate, conception rate, milk secretion and even farrowing rate. The antibiotics are normally mixed with the feed, water or are injected into the animals, a practice commonly referred to as Antibiotic use for Growth Promotion (AGP). It is necessitated by intensive production systems that put a lot of stress on animals and hence make them more prone to diseases. This was first applied in America to cope with the high market demand for meat.

Today AGP is a worldwide practice that has been subject of a global debate on its safety amid its wide use.

The problem is premised on the fact that the same antibiotics used in man are used to control the same strain of bacteria in animals. The issue is complex and controversial today and has been subject of a lot of debate in the international market arena and scientific research.

But as growth promoters, the antibiotics have been shown to kill “friendly bacteria” whose presence is symbiotic (benefits the host animal by keeping bad bacteria at bay) in the long run interfering the floral balance which can have a negative impact. They are also given in lower dosages and this has the effect of causing genetic changes in the bacteria that result in them being resistance to the antibiotics.

Normally, all antibacterial agents have a withdrawal period within which an animal isn’t supposed to be slaughtered or its products consumed by the public. But this is an instruction that is normally not taken seriously and many times farmers will slaughter animals that have been treated with antibiotics or even drink milk from it in utter disregard of the effects of this on their health and that of that public.

This is also a risky point where the antibiotics are used as growth promoters as they are given to the animals till their day of slaughter; not to mention the environmental pollution. Through this, antibiotics gain entry into human food chain and human system.

When ingested in small sub therapeutic doses antibiotics may not kill the bacteria in human system but gives them ample time to mutate and increase their resistance to the antibiotic agent.

Resistant strains can also be spread through water, soil or meat into human body system. Farm workers, farmers and animal products consumers are at risk of getting infected with these superbugs.

The result is unresponsiveness to antibiotic treatment, use of higher doses or use of stronger drugs with more side effects, long stay at the hospital and emergency of multi-drug resistant infections.

Studies in poultry have shown the presence of antibiotics in its meat and re-emergence of drug resistance to salmonella and campylobacter all which threaten public health.

The World Organisation for Animal Health (OIE) has raised the red flag on adulteration of antimicrobials and their widespread use of by untrained personnel.

Because of their origin from farms, the organisation has called for a harmonised worldwide system for surveillance of antibiotics use in animals to ensure the health of the public.

Animal welfare activists have also weighed in against the use of antibiotics as growth promoters, noting that they are used where animals are kept in squalid conditions and crowded places where biosecurity measures are disregarded. The European Union in 2006 banned from its market any products from animals where antibiotics were used as growth promoters.

In Denmark, the AGP use in broiler chicken and pigs was banned in 1999, while in the US it is still allowed. However, recently the state of California banned the use of growth promoters. An economic analysis carried out in Denmark following its ban has indeed found no economic losses occasioned by not using growth promoters in pigs and poultry production.

It was found that there was no reduction in growth rates. The globe, therefore, needs to bring to a stop the use of antibiotics in livestock production for public health safety.

Previous article
Why we Kenyans deserve a Nobel prize for our collective genius
Next article
Pregnancy made me hate my husband's voice, cooking

Why you should use antibiotics with caution