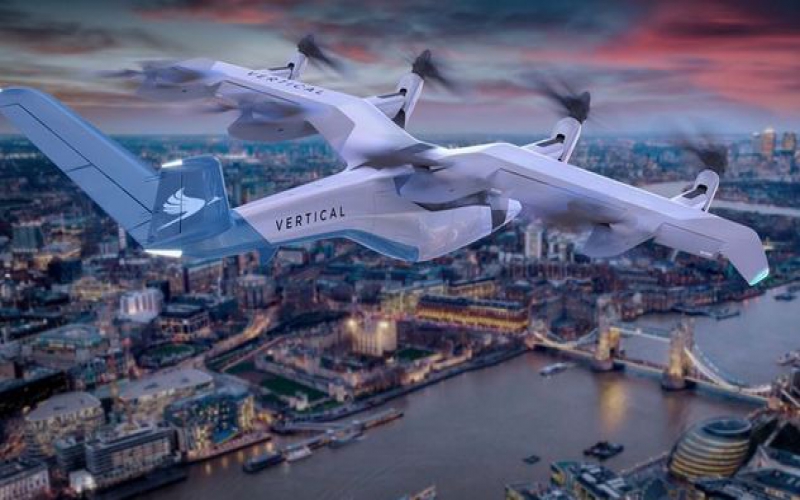 From The Jetsons to Harry Potter, flying cars have been a staple feature in Hollywood blockbusters for years.

The electric Vertical Take-Off and Landing (eVTOL) aircraft, dubbed the VA-1X, could even start accepting passengers as early as 2024.

Michael Cervenka, CEO at Vertical Aerospace, said: “eVTOL technology will revolutionise travel, combining the safety of commercial airlines with the disruptive environmental and cost benefits of the electrification of flight.

“With the launch of the VA-1X, we’re proud to be taking eVTOL one step closer to mass-market adoption, and supporting the next era of aviation.

“At Vertical Aerospace we believe that people should be able to quickly and affordably get from A to B without sacrificing the planet - with the VA-1X, this vision will start to be realised in under five years.”

VA-1X has a 15-metre wingspan and is 13 metres in length, and will be able to cruise at impressive speeds of up to 150 miles/hour with a range of 100 miles.

This means that passengers could travel from London to Brighton in approximately 30 minutes.

Best of all, the flying taxi will be powered by a lithium-ion battery, meaning it will be entirely emission free.

While you might worry that a ride would come with a hefty price tag, thankfully Vertical Aerospace reassures that this shouldn’t be the case.

It explained: “Vertical Aerospace’s ultimate aim is to make the VA-1X significantly cheaper than helicopter flights, removing one of the major barriers to environmentally friendly air travel.

“Prices for air taxi services are initially expected to be between a helicopter flight and a private car, and will decrease as adoption grows.”