The High Court in Eldoret has reduced a 15-year jail term handed to a man who was found guilty of defiling a 16-year-old girl three years ago.

Justice Reuben Nyakundi, who reduced the sentence awarded to Clinton Kumutai to 10 years following the appeal, noted that the trial court had failed to consider the time the appellant had spent in custody before his sentencing.

He stated that a court is required to credit the period spent in custody while sentencing an accused person who has been found guilty of an offence.

“To be clear, I take the judicial nature of the offence, the background and systematic factors on aggravation and mitigation that provide a guideline of necessity that there are no compelling reasons to review, save for non-compliance by the trial court to credit the pre-trial period spent in custody by the appellant.”

He stated that the substituted sentence would take effect from the date of the judgment, which was in 2019 at the Law Court in Iten.

In his appeal, Kimutai had argued that the trial magistrate erred by convicting and sentencing him without seeing that his right to a fair trial was violated.

According to the court papers, Kimutai is said to have defiled the minor on January 27, 2014, at Arror, Elgeyo Marakwet County.

He claimed that the evidence tabled in court was full of inconsistencies, hearsay and contradictions and maintained that the age of the girl was not proved.

But, the prosecution argued that the court had given the accused a lenient sentence given that the minor’s age was found to be 15 and not 16 as stated in the charge sheet.

Further, the prosecution stated that Kimutai's 15 years' imprisonment is the minimum sentence for anyone convicted of defiling a girl between the ages of 16-18.

“This means that the appellant could and should have been convicted under section 8(3) which prescribes a stiffer sentence of a minimum of 20 years imprisonment,” the prosecution had noted in their defence.

In the judgment, Justice Nyakundi agreed with the prosecution that the appellant should have been charged under that section 8(3) of the Sexual Offences Act.

However, the judge stated that new developments on mandatory minimum sentences have been declared as unconstitutional.

He added that the court is required to consider the circumstances and the mitigation in the case before making a decision on the sentence. 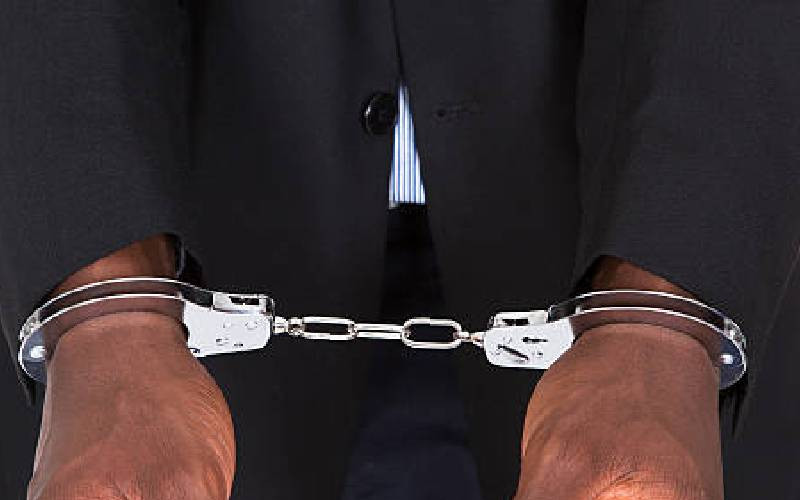 I thought it would get easier but it hasn't: Kasavuli's son pens tribute
News
By Vincent Kejitan
1 hr ago
Michael Jackson's nephew Jaafar to star in King of Pop biopic
News
By AP
2 hrs ago
Chicago prosecutor to drop R. Kelly sex-abuse charges
News
By AP
2 hrs ago
Trevor Noah returns as Grammy host with comfort, nervousness
Showbiz
By AP
2 hrs ago
.