The life and times of controversial Eldoret farmer Jackson Kibor

Controversial Eldoret farmer Jackson Kibor died on Wednesday night aged 88 years. The titan will be remembered as an astute farmer and politician whose travails at the domestic front have been immortalised in the term term ‘Men’s Conference’.

“Men’s conference", a humorous term, is the countercultural punch against what a section Kenyans see as domineering feminism. This is why you hear them talk of attending the "Men's conference" during Valentines' Day. Busy at the conference, they feel sufficiently insulated against the nagging to buy roses, chocolate, lingerie ... name it

Born in Kipkabus, Uasin Gishu County in 1934, his mother moved with him to what is now Nandi County before her death. Kibor, however, returned to Kipkabus to take up casual jobs at a tannery in the area while living with his uncle.

Towards his last days, Mzee Kibor had to reckon with pressure to distribute his estate to his large family with Matters, at times, going south. It is his handling of such matters that endeared him to many Kenyans catapulting him to the realm of a folk hero.

He married his fourth wife Yunita in 2002 with whom he lived in Chepkoilel together with their five children but moved to Elgon view Estate after a bout of Covid-19.

“Sometimes back I summoned all my kin to my Kabenes home who after a meeting shared my estate amongst my family members. I have not written a will but the family knows where their property is,” he revealed.

Kibor built his business empire from nothing starting as a lorry driver, a skill he secretly learned at a timber company.

“Honestly I am not a schooled chap as you may expect though I was bright at school. I used to deliver poles and firewood for fees payment but while in Standard Five they insisted on us paying money which I did not have and dropped out unable to raise Sh3 at Lelmokwo Primary School in Nandi County.

I never saw my father. My mother died when I was six years old,” he told The Standard in a past interview.

After leaving the tanning company he began driving lorries for the late millionaire Jonathan Kibogy in Uasin Gishu and another wealthy man in Chepkorio known as Chirchir Masit.

He would buy a bag of potatoes at Sh6 per in Chepkorio and Metkei and sell it in Kampala for Sh16. Over time he made enough money to buy a truck of his own after which more followed.

As the business grew with his trucks taking produce to various points in East Africa, he started transporting maize using the railway from Kipkabus and Ainabkoi areas.

Later he borrowed Sh55,000 from the Land Bank and topped with his Sh35, 000 with which he bought my first piece of land, a jaw-dropping 840 acres in Kipkabus.

There he grew maize and did a lot of dairy farming.

“My first wife Mary [now deceased] helped manage the farm and repay the loan before I married Josephine in 1965 who also stayed in the same farm," Kibor told The Standard.

Away from family life and business, Kibor wielded authority in positions he occupied in society and was once the Kanu chairman for Uasin Gishu District during the Moi-era.

At the height of the Kanu rule, some politicians from the Rift Valley region were considered to be the power behind the throne and Kibor was among them.

In December 2018, an Eldoret court dissolved Mzee Kibor’s third marriage with Naomi Jeptoo, his third wife and a mother of six.

The court granted Mzee Kibor divorce, terming their marriage "irretrievably broken" as the two were unwilling to resolve their differences.

The successful farmer in 2017 divorced his second wife Josephine Jepkoech on grounds of cruelty and desertion.

According to the application in court, Kibor married Jeptoo in 1975 and together have borne six sons. 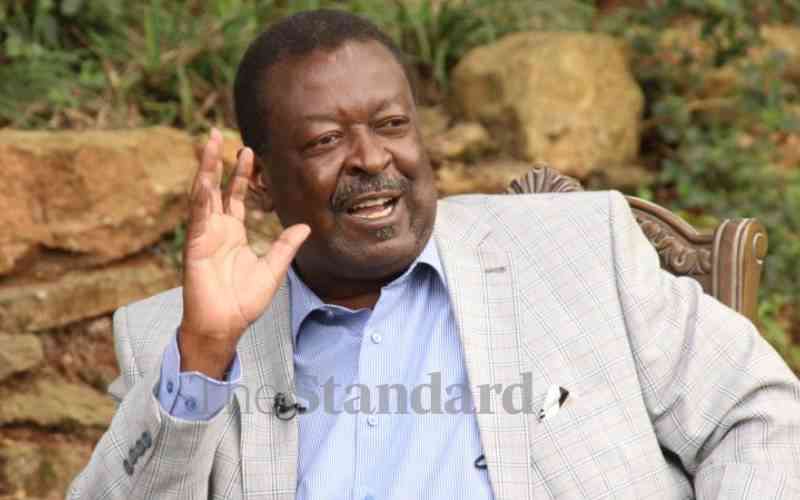 By Too Jared 26 mins ago
Lone survivor: Chelugui only CS retained by Ruto