By Collins Kweyu | 5mos ago

A Milimani court has allowed an application by former Laikipia North MP Mathew Lempurkel to change his lawyer in a hate speech case where he was charged afresh on January 14.

When Lempurkel appeared before Senior Principal Magistrate Bernard Ochoi on Wednesday for the mention of his case, he said his lawyer Saitabo Kanchory was not in court.

“Your honour my lawyer is out of town and he seems to be busy. I request to change him and enlist the services of a new one,” said Lempurkel.

Ochoi accepted his application and set March 17 as the mentioning date.

Lempurkel is charged that on July 17, 2021, while on a television show, made hateful remarks towards members of a certain community.

The words are said to have caused ethnic hatred in Laikipia. He denied the counts and was released on Sh150,000 bail. 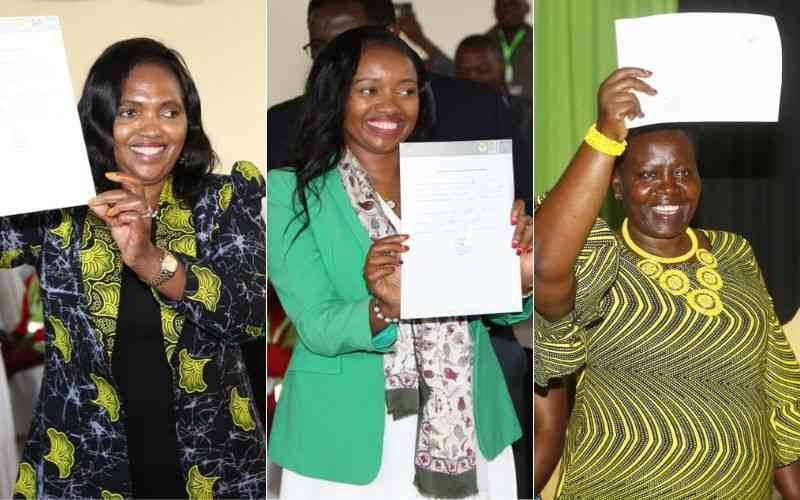 Big win for women in Nakuru as county gets female bosses
Politics
By Stephanie Wangari
54 mins ago
Not yet uhuru: African Union has had a few successes but still weak
Africa
By The Conversation
1 hr ago
Grain ship to dock in Ukraine before setting sail for Ethiopia
World
By Associated Press
1 hr ago
GSU officer leads race for Mitsubishi Xpander in Chachibitisha Promotion
Branding Voice
By Mozzart Bet
1 hr ago
.