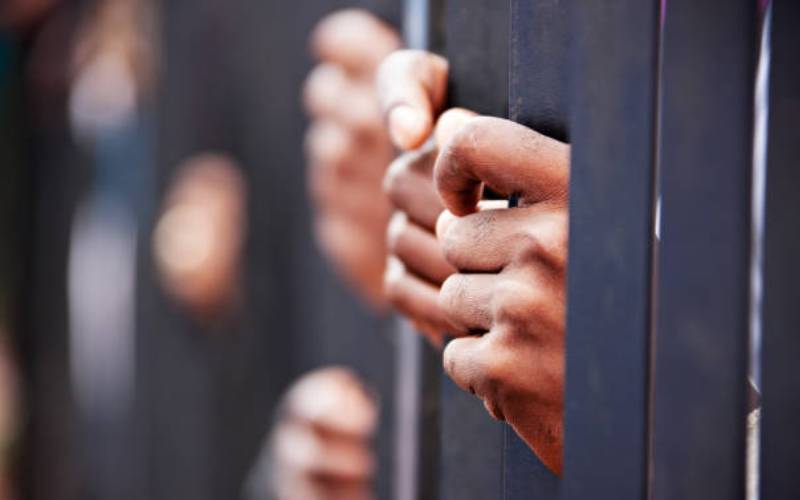 A man who hacked his wife to death has been sentenced to five years in prison after striking a plea deal.

Paul Kipkemboi confessed to killing Caroline Koech at their home in Kipkelion in November last year.

According to Kipkemboi, an argument ensued when he found out that his wife had been on a drinking spree and neglected their children.

According to the prosecution, on November 12, 2020, at around 9.30pm, Kipkemboi got home from a circumcision ceremony and found his children had slept hungry and his wife drunk.

“The deceased was milking their cow at that time, and the accused was very annoyed with what the deceased had done but tried to control himself because it is taboo among the Kalenjin to quarrel or fight during the circumcision period,” the court heard.

The prosecution said Kipkemoi tried to question his wife, and a war of words ensued, with Koech threatening to leave to her parents' home. The quarrel then escalated to a fistfight.

Kipkemboi’s sisters are said to have arrived at the scene and rescued Koech.

But Kipkemoi said his wife started insulting him. Angered by her actions, he grabbed a panga from the house and cut her in the head.

“The accused continued assaulting her, inflicting deep cuts in her head and other body parts before he fled from the scene," the court heard.

Kipkemoi later surrendered to the police and confessed to the crime.

In mitigation, he told the court that he was remorseful and sought a non-custodial sentence because he had two young children who depend on him.

High Court Judge Asenath Ongeri however said a non-custodial sentence would not be awarded in a case that involved domestic violence.

“The accused person should have separated from the deceased instead of cutting her with a panga. The court must say no to domestic violence by meeting a deterrent sentence," ruled Justice Ongeri.

Armed with a machete, the man placed CK's one-week-old child on the bed and ordered her to lie in the same bed, where he defiled her.

On Facebook and Twitter, Kenyans took to the comments section on Monday to react to KRA’s announcement

Officer accused of murdering boss to remain in custody

By Obare Osinde | 9 hours ago