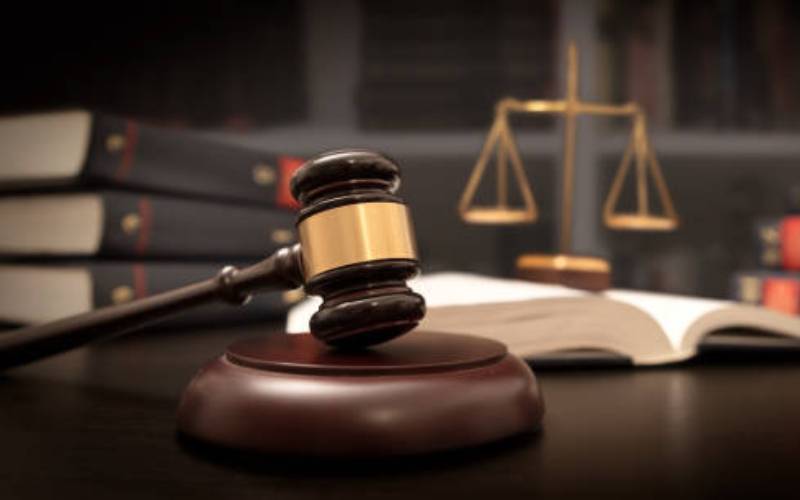 The prosecution has disowned a probation report favouring a Geothermal Development Company (GDC) clerk charged with killing his wife.

The report by Samuel Ndung’u stated that the family of Njeri Kamande, the deceased, did not have an issue with the court granting bail to Paul Otieno.

Otieno has denied stabbing his wife Njeri to death on the night of October 5, before he attempted to jump from the fourth floor of his house at Stadium Flats in Nakuru County.

She said it focused more on the accused person rather than giving a balanced view of the situation.

“The officer interviewed many of the accused person’s family and few of the victim’s family,” said Murunga.

She urged the court to order another pre-bail report.

Ms Murunga filed an affidavit sworn by the investigating officer Rashid Oyuyo, suggesting that the accused may interfere with witnesses.

“The document would, in turn, be presented in court for the accused person to be granted bail,” reads the affidavit.

The report states that Kamande has custody of her granddaughter, a crucial witness in the case, and fears for her wellbeing and safety.

“Ms Kamande is convinced that the accused person wants to convince her to reconcile with him,” reads the affidavit.

Wanjiru allegedly received a call from a person claiming to be an officer from the Directorate of Criminal Investigation (DCI) on November 1, 2021, at 2 pm.

“The stranger asked if Wanjiru would talk about Ochieng’s case. He refused to identify himself further, and she became suspicious and disconnected the call," reads the affidavit.

Following the contradiction, Ms Matheka summoned both Oyuyo and Ndung’u to appear before the court on Friday.

Njeri was found in her house stabbed and inflicted injuries on the right side of her chest. She died on the spot.

Finishing top of group still the goal for PSG, says Pochettino after their 2-2 draw at RB Leipzig

By Lynn Kolongei | 11 hours ago