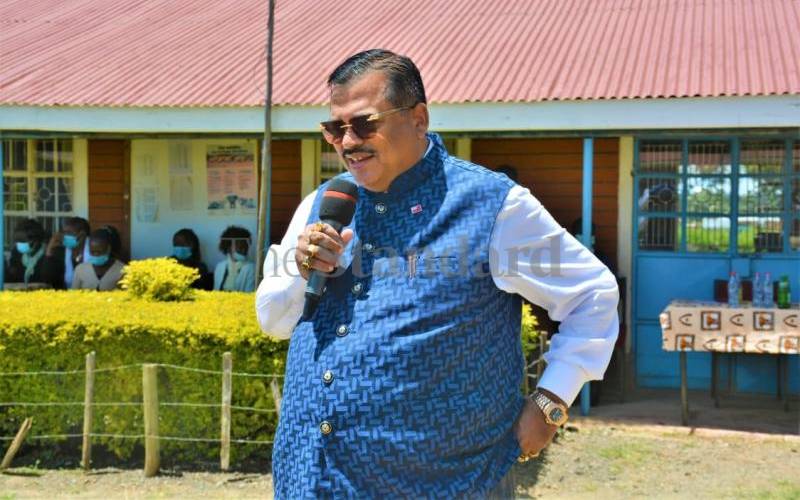 Under the initiative, Dr Mishra intends to reduce insecurity and create jobs for the youth in Kesses.

On Friday, the MP donated over 250 motorcycles to youth as part of the empowerment programme he started in 2017.

Dr Mishra said Sh30 million had been spent on the motorcycles. The first-term MP has also established an award scheme where 2,000 youth will own motorcycles for boda boda business.

He said he is planning to meet his target of providing jobless youth with 2,000 motorcycles by the end of November.

Speaking in Tarakwa where he handed over the motorcycles to beneficiaries, Mishra said: “We are giving out 250 motorcycles for free. Under the award scheme, youth will be provided with Sh15,000 as a deposit. The aim is to help them venture into the transport business.”

“The youth will eventually own the motorbikes and will have been introduced to the business,” Mishra said.

“We have incorporated men in our empowerment programmes because they have also been hit hard by unemployment. The 2,500 groups will translate to the empowerment of 30,000 individuals,” he said.

Further, he said over 600 elderly persons will be enrolled in the National Hospital Insurance Fund (NHIF) by the first week of December.

The MP said he will secure money for the empowerment programmes from personal resources and the government.

“A large number of students will be sponsored to join polytechnics and 200 others will be enrolled in driving schools in the December event. Seven hundred cows will be given out to residents in a programme that has been going on,” he said.

He reminded the youth of the importance to work together and being careful on the road to avoid accidents.

“Being in a cooperative movement is one of the easiest ways of getting financial support from the government,” said the Kesses MP.

“The youth will grow their boda boda transport business, knowing that they have loans to repay,” Mr Kurgat said.