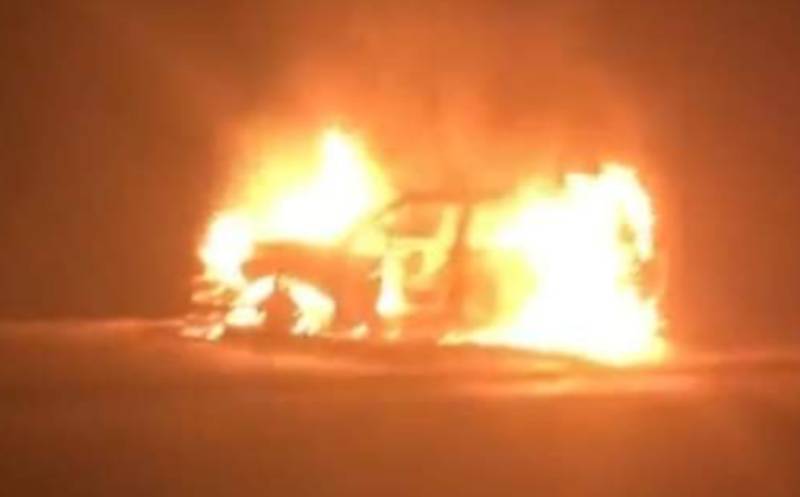 Kisii Deputy Governor Joash Maangi's official vehicle was set ablaze by an irate mob after he was involved in an accident that led to the death of two people at Ololunga in Narok County at around 7 PM.

Maangi who was on his way to Nairobi said his vehicle had only three occupants at the time. The trio managed to escape unhurt.

The deputy governor said a well-wisher drove him to safety.

“The Bodaboda rider joined the road unexpectedly. My driver tried all the best to avoid hitting him with his passenger," said Maangi.

Watch out for my song that will expose corruption- Senator Ledama

The Deputy Governor said together with his bodyguard and driver they escaped unhurt from the scene and that he was deeply sorry for the unfortunate event.