Residents of Chepkositonik village in Bomet East Constituency are racing against time to rescue sand miners trapped in a collapsed quarry.

At least three people are believed to have been in the quarry when it caved in.

Authorities told Standard Digital that the incident happened Tuesday morning as the miners went about their daily routine.

Villagers have joined in the rescue efforts, added the authorities.

Joseph Tonui, a local, said the walls of the quarry collapsed at about 10:00aam when the group was just starting the day’s work.

He said some miners who were yet to start entering into the quarry witnessed the incident and raised the alarm.

“We are not sure of the number of those who are trapped inside but we are told they could be more than three people because they always wake up as early as 6:00am to start work,” he told Standard Digital on phone.

“We are currently using our hands and spades to dig up the rubble but we are hoping that a machine that can do it faster will be deployed.”

A team of disaster officers have been dispatched to the scene to help in the rescue. 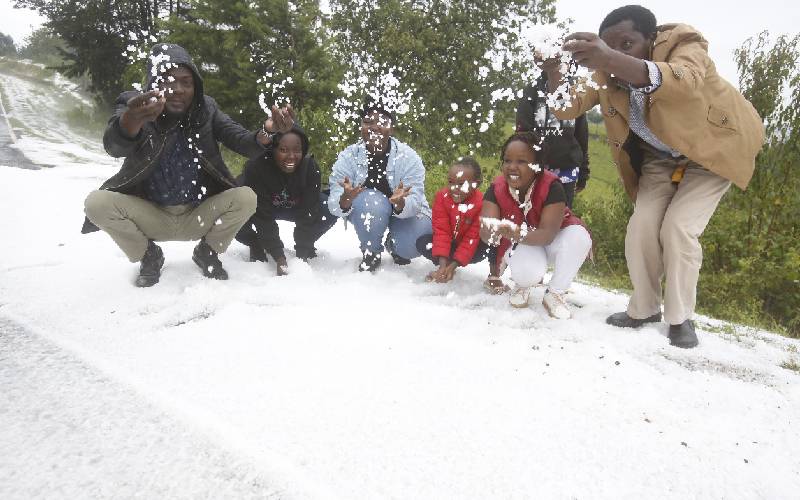 Photos: Hailstorms sweep across Central Rift region
Photographs taken in the midst of hailstorms in these places can be mistaken for a European winter.
Counties
By Caroline Chebet
2 months ago

Premium Why Mulot in Bomet County is paradise for SIM swap fraudsters
In one of the latest accounts, a young man from the region was accused of obtaining Sh600,000 from a senior police officer.
Rift Valley
By Pkemoi Ng'enoh
4 months ago
.