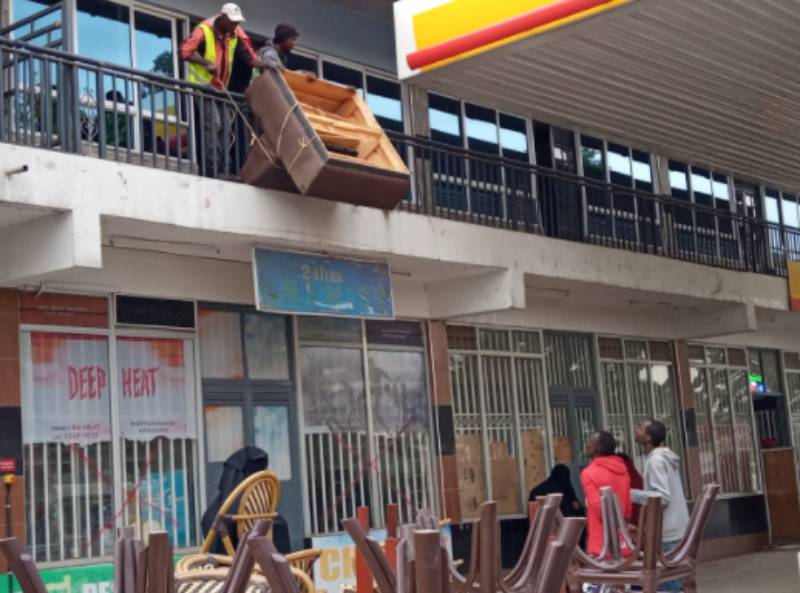 Businesses worth millions of shillings sitting on Kenya Railways land along Geoffrey Kamau Way in Nakuru town are set to be brought down tonight.

The demolitions follow the move by Kenya Railways to rehabilitate the Nairobi-Nakuru-Kisumu meter gauge railway, a project being undertaken under the Presidential Delivery Unit (PDU) with engineers from the Kenya Defence Forces (KDF) providing the technical support.

Plans to expand the Nairobi-Nakuru highway into a dual carriage way from Rironi in Kiambu to Mau summit Junction in Nakuru also informed the decision to fastrack the eviction.

President Uhuru Kenyatta last week during a tour to France signed a deal in which the highway will be expanded into a four-lane dual carriage way.

The Sh160 billion project to be undertaken by a French construction company under a Public-Private Partnership is set to have a section of the highway within the lakeside town take the design of an express way.

The design would mean taking more space which is currently occupied by the businesses set for demolition. 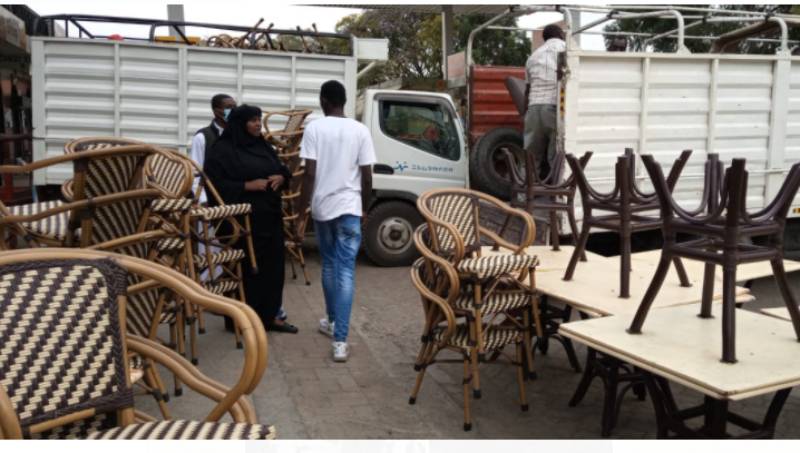 On Saturday, the premises stretching over 400 meters along the Nakuru-Eldoret Highway were a beehive of activities as the tenants moved their belongings.

Tankers were present at the petrol station, this time however emptying fuel from the underground tanks.

According to the tenants, officials from the Kenya Railways Corporation visited them at around 2pm and told them to start vacating.

"They marked the buildings set for demolition at around 2:30pm. One of them told us we had a maximum of five hours to remove our property from the premises. He said that failure to move we would regret what would happen tonight," one of the tenants told Standard Digital.

The tenants decried the short notice saying that it was not enough for them to evacuate all their properties.

The investors pointed out that they had leased the property for 30 years starting 2012 and were shocked by the manner in which the contract had been terminated.

The Kenya Railways however maintains that they issued an eviction notice in March this year directing all those who were on railway land to vacate.

Kenya Railways Estate Manager Patrick Nzomo in a recent interview with The Standard said that the corporation had given the tenants enough time to vacate.

Nzomo explained that terms of the contract were "The Kenya Railways may repossess the land after giving a notice of 90 days. This we have done and the period has expired."

The demolitions are set to change the face of the town seeing that majority of the businesses on the Railway land have been operating round the clock.

We have genuine titles, say locals on demolitions