Transport on the busy Mai Mahiu - Narok road has been disrupted for two hours after members of the Maasai community blocked it to protest the killing of their livestock.
The irate herders blocked the road at Satellite centre 5km from Mai Mahiu town after a motorist hit and killed two cattle and injured scores of others.
They have vowed that they will not leave the scene until they are compensated, leading to a major traffic snarl-up. 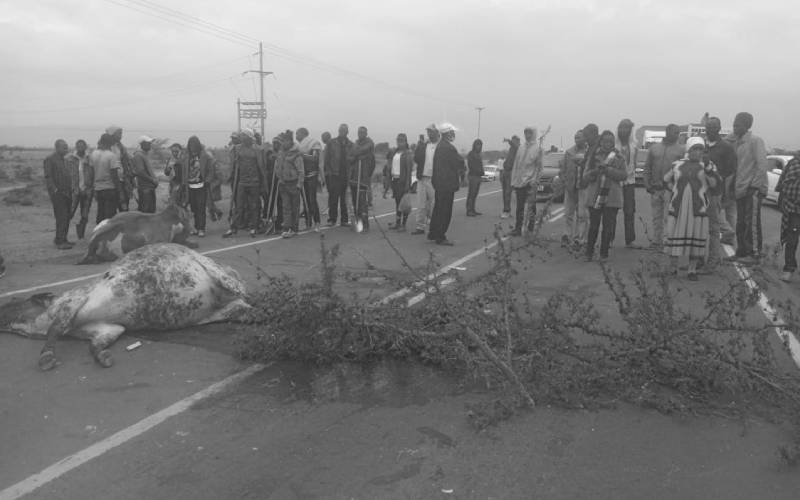 Following the impasse, riot police officers have been dispatched to the area after the more than 100 herders defied orders to clear the road.
According to Naivasha OCPD Samuel Waweru, the livestock were crossing the road when a truck hit them, killing two of the cows.
"Our officers are trying to engage the herders so that the road can be cleared and the flow of traffic can resume," he said.
More details to follow...

10 lessons from Covid-19 that will guide our future