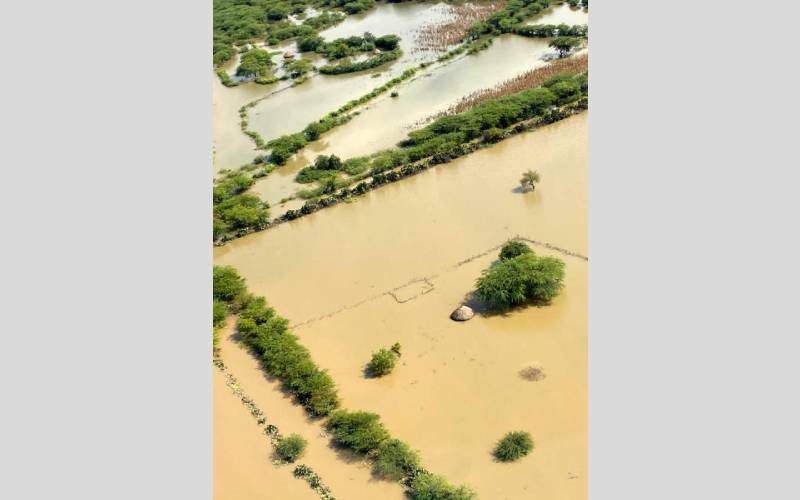 The Kipkelion Subcounty DCIO and a female passenger died in flashfloods after their vehicle was swept away around Mercy Girls Secondary School.
Kericho County Police Commander Silas Gichunge said the officer and the woman were driving home after leaving the office when the incident happened.
“It’s unfortunate that we lost the officer and the female passenger during the Friday night incident,” he said.
Benstar Cheruiyot, who was among the residents involved in the unsuccessful rescue mission, said the victims' vehicle was washed off the Kipkelion-Chepseon Road around 7pm.
The accident happened as the driver attempted to drive through a section of the submerged road.
"The DCIO underestimated the depth and the force of the water. The car a Mercedes-Benz was swept off the road within a split second. We tried to rescue the victims but then a power outage hit the area, making it pitch black," he said.
Cheruiyot, said the area was too flooded with water from the surrounding Kaplaba hills.
"We have never seen anything like it before," he said.
Kipkelion MCA Anthony Ruto and his Kamasian counterpart Phillip Rono appealed to the government through the Kenya Rural Roads Authority (Kerra) to assist them unclog the blocked culverts in the local roads.
Sifia Tuwei, the Kericho County Red Cross coordinator, said she has dispatched a team to the area to asses the damage caused and whether there are other victims.
The bodies of the two were moved to Kericho County Hospital mortuary.