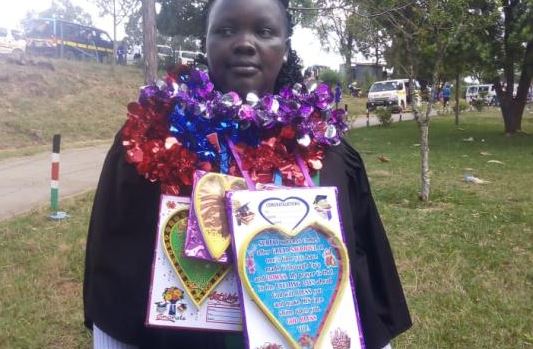 Iten County Hospital is in a spot after a 25-year-old woman and her baby died under unclear circumstances during delivery.

Gladys Keitany (pictured) is said to have gone to the hospital to give birth but things turned awry, leading to her death. While at the maternity ward, she reportedly bled to death.

Mother and baby were laid to rest in an emotional ceremony in her Kimnai home, Lelan Ward, on Saturday, four days after they died. Her family yesterday claimed she was left on her own, in a maternity ward.

“I am calling upon the county department of health to take responsibility and ensure the health officers who were in charge are brought to book,” Chepkole said.

But Health executive Isaac Kamar defended health workers against the negligence claims, noting the mother died of post-partum haemorrhage. Kamar said health authorities will carry out an audit to establish what happened.

Nominated MCA Jaseline Ruto, a family friend who visited Ketiany in the ward, said she found when she had bled for several hours.

Ms Ruto said the mother delivered on her own at 2.45am and bled until noon when she was referred to another hospital in Eldoret but it was too late as she died before they reached the private facility.

Previous article
Four in court over election of MCAs