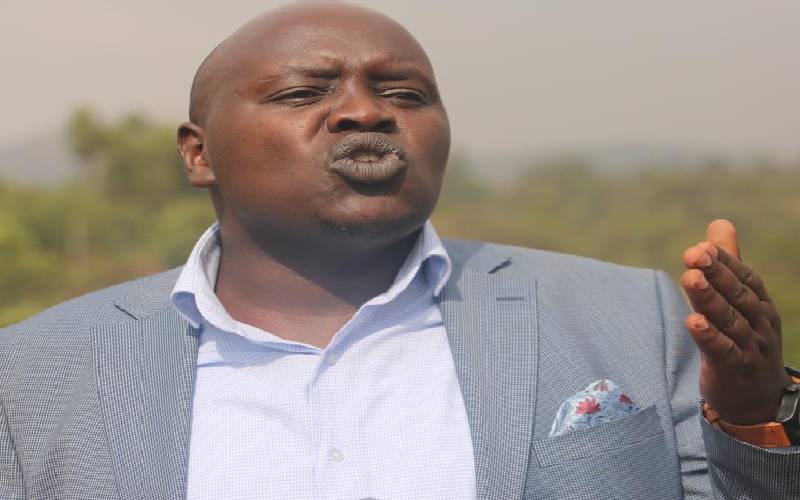 According to sources, the accident occurred along the Eldoret-Kapsabet road.

Cherargei (pictured) is reported to have sustained minor injuries following the accident.

The outspoken senator was reportedly driving from Nandi to his Eldoret home.

Photos of an extensively damaged black Prado believed to be that of Cherargei emerged online after the Kapseret accident.

Cherargei among other Rift Valley politicians had on Friday accompanied Deputy President William Ruto to a private meeting in Nandi County.

Ruto is reported to have met more than 50 Nandi leaders including elders and religious leaders in a closed-door meeting over the 2022 polls.