10 missing in Naivasha after dam spills over 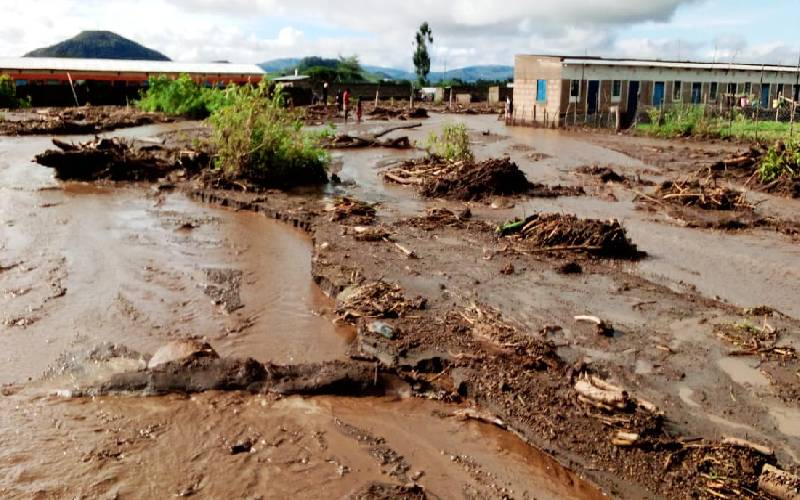 More than 10 people are missing in Ndabibi area, Naivasha, after a dam in the nearby Eburru Forest filled and spilled over, flooding nearby villages.
During the midnight incident, more than 300 families were displaced and property worth millions of shillings destroyed.
Marumanet Dam which at one time supplied water to area residents spilled over and swept away homes.
Roads were also swept away from the area located 60km from Naivasha town. 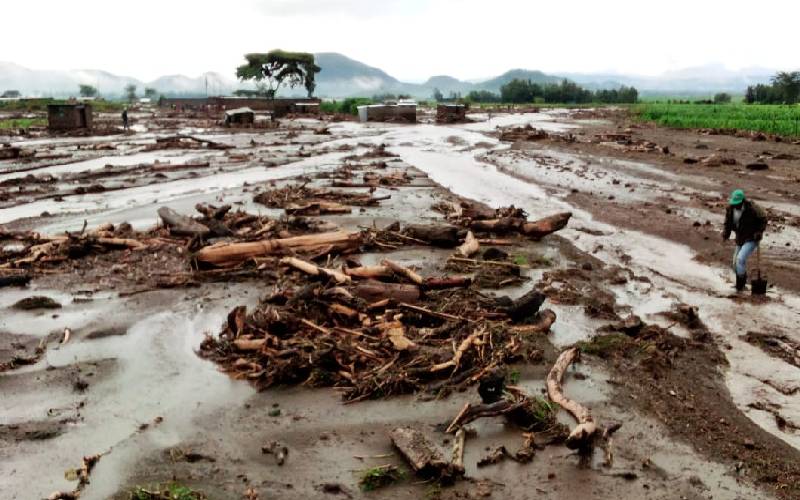 The incident came two days after the county government donated food and personal effects to more than 400 residents earlier displaced by River Marumanet.
According to area MCA Gathariki Kamanu, several children and elderly persons are yet to be accounted for.
The Maella MCA said a head count had been planned for later in the day as the affected families started moving to higher grounds.
"The dam burst its banks in the night, sweeping logs and soil downhill," he said.
In December last year, motorists using the Nairobi-Nakuru highway were put on high alert after River Malewa burst its banks due to heavy rains.

There were fears that the main bridge connecting Naivasha and Gilgil towns could be submerged by the gushing waters.

Residents of the nearby KCC village in Naivasha had to move after their houses were flooded.

In the same year, Nakuru and Narok counties issued warning to residents living in flood prone areas to move to safer ground.

In Nakuru, residents of Mai Mahiu and Moi Ndabi areas were warned to remain vigilant as heavy rains would cause floods that might result to fault-lines.

The committee said the areas were prone to flooding following the rains pounding the lakeside town.

As a result, the government put residents on high alert and activated the disaster management committee as the rains intensified.

One child died in Maraigushu after falling into a flooded pan while several farms were flooded.

The Kenya Red Cross Society at the time said it had also activated its rescue team on the ground and was keenly monitoring the situation.

John Mwikabe the county coordinator at the time said they had over 18,000 volunteers in all the sub-counties who were ready to act in case of any incident.

In Narok, Governor Samuel Tunai while condoling with his West Pokot counterpart John Lonyangapuo over the loss of lives during mudslides, issued a warning to those living in flash flood-prone areas to move to safety.

The governor said the county disaster management team was on high alert to respond to any emerging flood incident in the town.

By Robert Kiplagat | 3 days ago