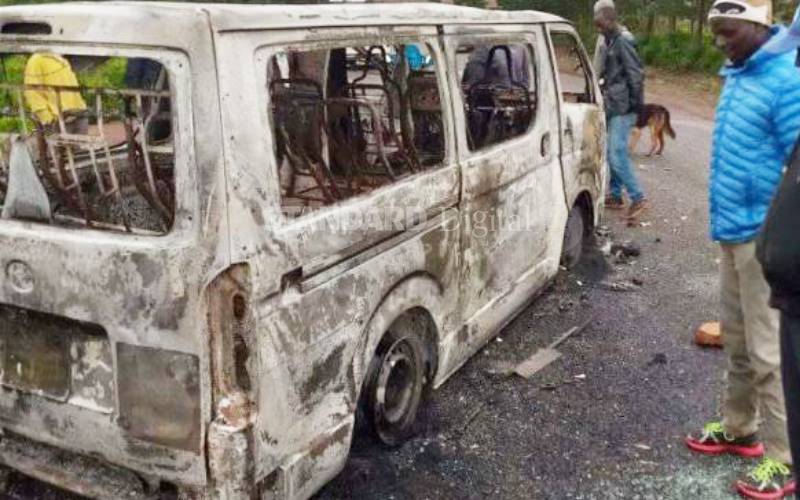 Irate residents torched a public service vehicle that collided with a motorcycle, killing two people in Elgeyo Marakwet on Saturday night. The 14-seater matatu was being driven to Kapsowar from Eldoret town when it hit a boda boda near Bugar trading centre on the Iten-Kapsowar road, killing the rider and his passenger on the spot, minutes past 9pm. Elgeyo Marakwet Police Commander John Mwinzi said the angry mob overpowered police officers and set the matatu ablaze.

Mwinzi said preliminary investigations indicated that the driver of the matatu and the rider were speeding.