A family in Bahati, Nakuru County, is mourning after losing three children aged between 15 and 6 years after they were crushed to death by a car that had veered off the road rolling and killing them at Maili Kumi trading centre on Saturday night.

Brian Nderitu, 15, had gone to the trading centre to meet his father to request him for support in his initiation ceremony set for today.

Nderitu was accompanied by his 13-year-old sister Ruth Wanjiru and their younger brother Anthony Njenga aged 6 to a barber shop.

According to their mother Jacinta Njeri, the three children bid her goodbye at around 4pm and promised to be back in the shortest time possible after meeting their father who lives with his second wife.

“They were jovial as they left to meet their father whom they had not met for a while. Nderitu had spent the day preparing his house hoping to undergo circumcision this week,” said Njeri.

The mother of five who believed that her children had met with their father who had confirmed that he was waiting for them grew impatient after they took longer than expected to return home.

She left her house and just before she could go far at around 8pm, she met with some residents discussing a tragic accident which involved a personal car and some children at the trading centre.

“I didn’t know whose children they were but after thinking about it something told me that they could be mine. I became weak and they helped me get back home,” she said.

A group of residents confirmed her worries minutes later after they told her that she was urgently needed at Bahati Sub County Hospital where they had been admitted.

It was at the hospital that she found out that one of the sons had died on the spot while the other two were receiving treatment.

“I was told that Nderitu died on the spot after the accident. Wanjiru and Njenga were being attended to. I was told that the two were badly injured,” she said. 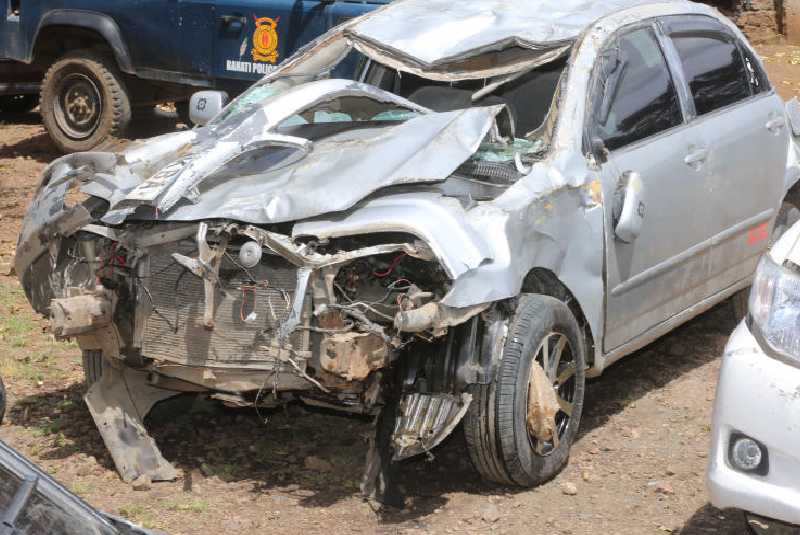 The two survivors were rushed to the Rift Valley Provincial General Hospital where they were put under the Intensive Care Unit (ICU). Njenga succumbed to the injuries late in the night while their sister passed on on Sunday.

According to the residents, the accident occurred at minutes past 7pm after a male driver of the car registration number KBA 819Z lost control of the vehicle and rolled several times before hitting the three children.

“The car veered off the road and rolled. The children were walking along the same road and the car landed on them. They were badly injured and one died on the spot,” said Dennis Ndung’u, relative to the deceased.

The driver sustained minor injuries and was spotted by residents being treated at a local hospital.

Bahati OCPD Edward Wafula other passengers in the car immediately went into hiding but they are being pursued.

“The car has been impounded at Bahati Police Station. We have liaised with officers from The National Transport and Safety Authority (NTSA) for inspection of the vehicle as we pursue the suspects who are on the run,” said Mr Wafula.

The occupants, according to residents, were allegedly drunk at the time of the incident and several bottles of alcohol were found in the car after the accident.

The family has called on the police to ensure justice for their children saying that Nderitu was the only hope for them as he was among the top performers in his final primary school exams this year.

"He was a very bright boy and I had high hopes that he would prosper in life to assist his siblings. He was looking forward to joining a good school after placement today," said her mother.

At the home, the residents gathered in disbelief preparing for the burial of the three.

Nderitu's house which he constructed from his meagre earnings stood at the periphery of the compound unoccupied.