What’s cooking? Mortgages shunned as demand for housing shoots up

By Peter Theuri | 6mos ago 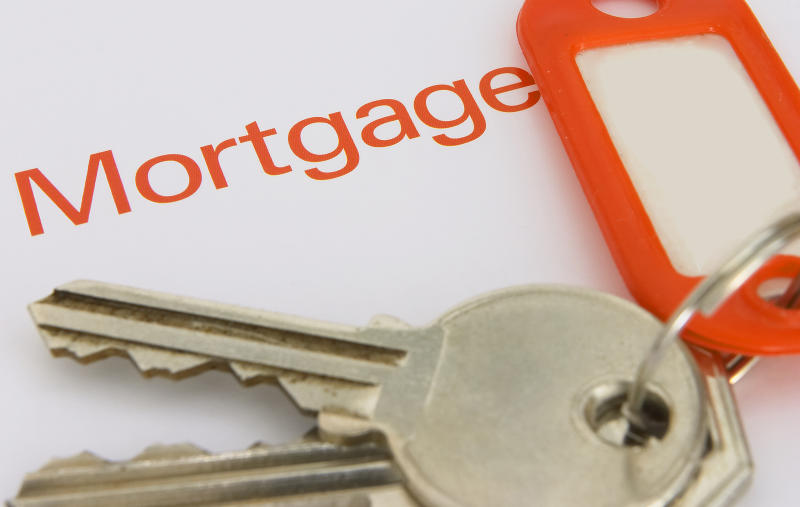 One of the next government’s top priorities will have to be addressing the thorny issue of affordable housing.

Mortgage, one of the major ways of helping people acquire houses, will be an inevitable topic of discussion.

The government, though, has been trying to promote mortgage uptake, including through the creation of awareness and licensing refinancers.

The Kenya Mortgage Refinance Company (KMRC), for instance, was formed in September 2020 to conduct mortgage refinance business in Kenya.

“The establishment of mortgage refinance companies is aimed at developing an active secondary mortgage market in the country for the provision of long-term funding to primary mortgage lenders, including commercial banks, microfinance banks and savings and credit co-operatives (Saccos),” says CBK.

A mortgage helps people who do not have enough money at hand to own houses, with payments in instalments spread out over long periods of time.

Clive Ndege, the head of sales at Superior Homes, says that mortgage, which people opt for when other alternatives of home ownership are not immediately accessible, are more expensive in Kenya than in many other countries, which discourages uptake.

“In the United States, you will find interest rates going for an average of as low as five per cent. Here, the average is 10.9 per cent,” he says. “Interest rates are a key component that can attract people or push them away from the mortgage plan.”Some mortgage takers end up paying double the amount they should have for property.

Houses have to be acquired as they are important for creating stability to the country’s workforce; they provide shelter, security and comfort and also contribute to a sense of pride.

Mr Ndege calls housing “a key factor in providing sustainable neighbourhood and community stability which feed into the wellbeing of the nation.”

The government could intervene and help bring down the interest rates and the general cost of housing, he says.

This is the reason the Jubilee administration sought to construct 500,000 houses in the affordable housing programme, one of the main pillars of the Big 4 Agenda.

“Government entering into more public private partnerships (PPPs), where it provides land and developers construct, could go a long way in reducing the cost of housing,” says Mr Ndege.

Such PPPs have been fairly successful, but more of the same still needs to happen as the need for housing increases.

One of the considerations that someone hoping to take up a mortgage loan should look at is the security of their job. Without a contract that offers security, or a business plan to fall back on, the mortgage plan could get compromised.

“Government employees, for instance, have more job security than many people in the private sector. This means that their payment of premiums is not likely to be affected,” Mr Ndege says.

“If one’s source of income is uncertain, then they could default on payment and lose everything.” The borrowers should also consider their lifestyles to ensure that they have considerable disposable income that can be used to finance the mortgage loans.

Mortgage lenders also consider factors such as the location of a house before issuing a loan. For property in places such as Nairobi, where reselling (or renting) is relatively easy, they will offer more leeway to the potential property owner in terms of down payments and the amortization period.

According to CBK, the main risk factors examined closely by institutions before a mortgage loan to a business is approved are the current turnovers or cash flows of the business, ability to pay from the available cash flows, the future projections of the business income, and duration which the business has been in operation.

Others are business organisational structure and corporate governance, the experience of the business proprietor in the respective field and the competency level of the management, and the succession plan of the business.

“The property must also be free from any encumbrances and other caveats and the location must be of ease realisation in the event of loan default,” the CBK supervision report notes.

Industry performance is also a key consideration. Mr Ndege says banks’ main interest is no longer the high income clients going for high value homes as those are saturated. The youth are the target; as they settle down, mortgage lenders will be happy to enable them to gradually own houses.

“Better interest rates are already coming up,” he says. “We have seen the KMRC’s nine per cent rate; we should be seeing them go even lower,” he says, adding that mortgage is tax exempt in Kenya.

Pension-based mortgages will also be on the rise as those who have been working for some time and are pensionable use this avenue for home ownership.

In many ways, Covid-19 amplified the need for people to own a home and mortgages, leases and other forms of home acquisition might be poised for a rise.

Using the same house one is purchasing as collateral makes mortgage an affordable option for youth who have not made much in terms of savings, and who might not have other security.

One can even transfer the mortgage to another buyer or an alternative bank. After a down payment, premiums are agreed on for a period of time that could even go to 25 or 30 years.

Those who exit from a mortgage plan, say after fortunes have changed and they have a lot of money at their disposal, get hit with a penalty for early repayment as the lender is bound to lose on the interest that would have accrued.

On December 17, 2020, KMRC approved loans amounting to Sh2.75 billion to four participating financial institutions after successfully demonstrating a refinanceable mortgage portfolio of 1,400 mortgages, which will act as the collateral for the funding.

“KMRC approved a disbursement of Sh2.75 billion to participating mortgage lenders on December 17 2020, a transaction that marked our debut lending since inception,” said the firm in a report for 2020. “This transaction marked an enormous and historic beginning in affordable housing finance in Kenya which also assured the industry of a promising future,” reported KMRC.

However, there was a decrease in mortgage uptake in 2020.The decrease, said CBK, was mainly due to repayments and fewer mortgage loans advanced due to the effects of the Covid-19 pandemic.