We'll protect our votes but you must cast your ballot, Raila says

By Anne Atieno and James Omoro | 1mo ago

Azimio la Umoja-One Kenya presidential candidate Raila Odinga has said that the coalition will protect its votes until the presidential results are announced and challenged the Independent Electoral Boundaries Commission to ensure that there is a manual backup.

Raila said his supporters will remain in polling stations to guard the vote and challenged the electoral body to guarantee Kenyans that the process will be credible.

This came as the ODM leader began his four-day tour in Nyanza region to consolidate his support base and undo any in-roads Kenya Kwanza presidential candidate William Ruto may have made in his recent forays in Gusii.

The coalition’s troops also dismantled Kenya Kwanza’s manifesto, discrediting it as wishful thinking of a coalition with a lack of ambition. They claimed that the DP having served for 10 years should have sorted out the issues highlighted in his manifesto.

And although Raila did not delve much into the Kenya Kwanza manifesto like some of his allies, he focused on the credibility of the elections and rallied the region to ensure that they turn up in large numbers and vote for him.

Addressing jubilant supporters across several stops in Migori, the ODM leader said his coalition has a centre from where they will monitor the polls real-time.

“We want our supporters to turn up that day in their numbers and I want them to remain at the polling station until the votes are counted and tallied,” said Raila.

“I will not sleep the night before voting. I plead with you also not to sleep. Let everybody come out to cast their vote. After voting, stay at the polling station to guard our votes against any irregularities,” Raila told residents.

He likened the August 9 General Elections to a battle and urged his supporters to be ready to fight ensure that all his support bases register a 100 per cent voter turnout.

According to Raila, the adoption of the method of guarding the vote played a crucial role in the Zambian elections, adding that it will also form part of the pillar for his fifth bid.

Raila who was accompanied by the coalition principals Kalonzo Musyoka (Wiper Party) and Mukhisa Kituyi (Party of Growth and Prosperity) started the campaign with Migori County.

His allies led by Suna East MP Junet Mohamed told IEBC to ensure that there is a manual backup of the voter register.

“We are calling on the IEBC to correct any anomalies in the voters’ register,” said Junet. “Only a clean register will guarantee free and fair elections.”

“We don’t want a repeat of what happened in 2017 when election results were nullified. We had a hard time in 2017 because of discrepancies in the register.”

He called out for electorates to come out in large numbers on the election day and ensure they stayed at the polling stations until votes were counted and announced.

In his message, the ODM leader told residents to shun Ruto’s promises which he termed as a ploy to hoodwink them.

“Migori people, let nobody accept wheelbarrow in this county. Wheelbarrow cannot make any change in Kenya,” Raila told the residents.

Raila now heads to Nyamira on Friday before he goes to Siaya on Saturday. He will be in Homa Bay on Sunday.

ODM boss launches get-out-the vote drive in Azimio strongholds
Raila said the Tuesday polls are decisive for a nation that desperately needs healing and a safe pair of hands.
Western
By Robert Amalemba
12 days ago 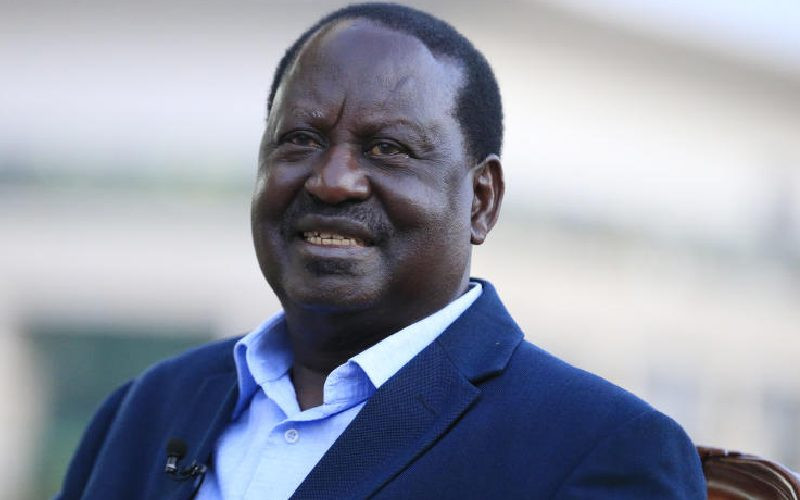 Premium Three out of four polls place Raila ahead days to general elections
According to polls, Raila Odinga would win in first round if he won over the undecided voters while Ruto would force a run-off
Politics
By Josphat Thiong’o
13 days ago 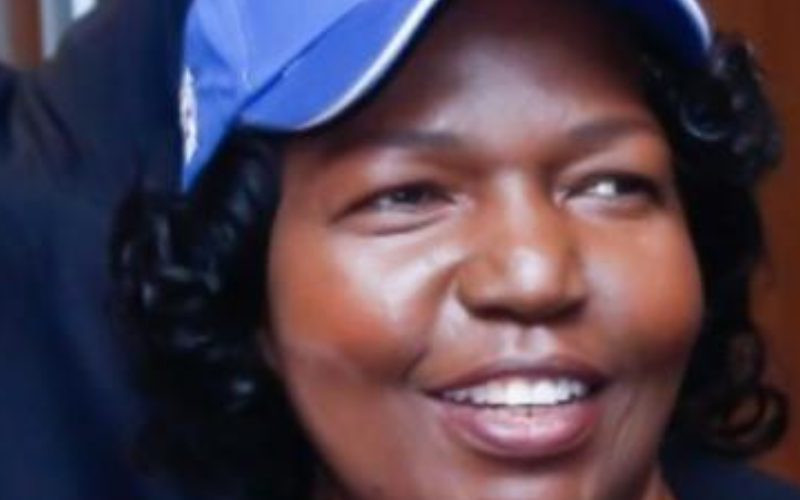 UK diaspora lobby endorses Raila's State House bid
The group has declared that they will vote for Raila to ensure smooth transition and a prosperous country.
Politics
By Jacob Ng'etich
14 days ago 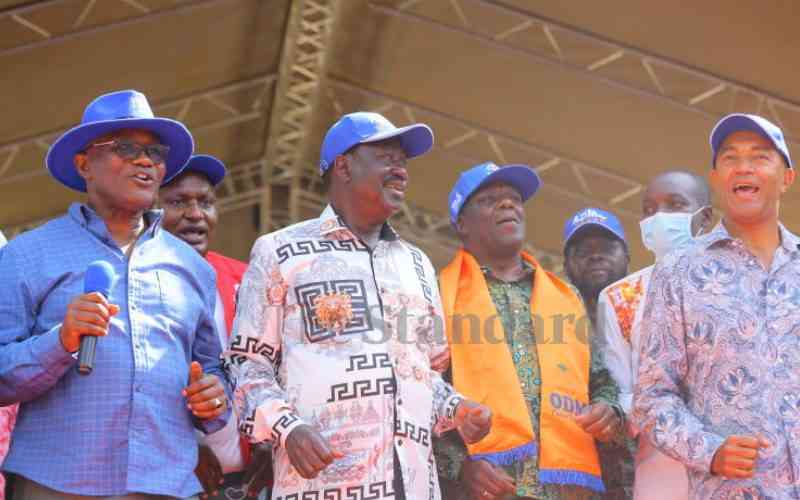 Premium Raila expected at Gusii Stadium for final rally ahead of polls
Raila Odinga is seeking to capitalise on his changing fortunes in the region where for the first time, some of his fiercest critics are supporting his bid.
Politics
By Eric Abuga
15 days ago
.

By Patrick Vidija 22 hrs ago
President-elect: I called Raila Odinga this morning

By Stephanie Wangari 1 day ago
Ruto's acceptance speech: There's no room for vengeance