Azimio repeats demands to IEBC before meeting with candidates

Raila Odinga’s Azimio la Umoja One Kenya Alliance has made a string of demands regarding election preparedness ahead of the electoral commission’s meeting with the four presidential candidates today. Yesterday, Azimio demanded to be furnished with, among other things, certified copy of digital registers containing all the names and identity card numbers of voters in wards countrywide, as well as a copy of the manual register.

At the same time, Mr Odinga demanded to be told the design, essential and security features of ballot papers and statutory election results declaration form, exact location and details of the printing press handling the printing of the ballots.

But even as Independent Electoral and Boundaries Commission (IEBC) chairperson Mr Wafula Chebukati mulls over the demands, it is not clear whether Deputy President William Ruto will attend the meeting.

Dr Ruto’s campaign team yesterday released a five-day programme starting at 9am today in Igambang’ombe, Tharaka Nithi County, for an economic forum. That is also the time he is supposed to attend the IEBC meeting.

When The Standard inquired from the Democratic Alliance presidential campaign team, officials insisted that the DP planned to attend both forums.

The IEBC chairperson had set out the agenda as discussing the printed register of voters, harmonisation of campaign schedules for the presidential candidates and looking at the election results path. “Each of the four presidential candidates may be accompanied to the meeting by not more than five people during an event that will be held at the Windsor Golf and Country Club as from 9am. We are asking each one of them to keep time,” said Mr Chebukati.

In a letter signed by Mr Odinga’s campaign chief legal advisor Mr Paul Mwangi, Azimio had doubted IEBC preparedness and asked to be furnished with certified copies of both digital and manual registers to enable the coalition to carry out its own audit of the voter register.

He said polls were critical to Kenya’s democracy and unity, and that was why they were keen to ensure IEBC conducts the exercise in strict compliance with the electoral law.

“The coalition would like to be informed on when the commission intends to travel to the Printing Press with representatives of the political parties to inspect the printing of ballot papers, statutory election results declaration forms and other election materials,” read the letter in part.

“We want to know what logistical measures the commission has put in place for transportation, storage and security of the ballot papers.”

Mr Mwanzi said the coalition was interested to know the exact number of Kiems kits to be used in the General Election, the serial numbers of the Kiems kits, how many Kiems kits will be allocated per polling station and the quality assurance report on the functionality of the same.

Azimio also demanded details of the programme to be used to load the register of voters to the respective Kiems kits and the name of the subcontractor entrusted with this work and a confirmation whether the Kiems kits or secure digital (SD) card shall be sealed together with ballot papers and other election materials at the close of polling and tallying.

They want to be provided with the curriculum to be used to train election officials and a report of the date, time and venue where the training was conducted, providing the emergency telephone contacts of all officials in charge of every critical aspect of elections. Of particular concern is the register of voters, operation of Kiems kit, logistics of distribution of ballot papers and the supervision of Presiding and Returning officers.

“Reference is made to the media briefing held on June 20, where you stated that there were three officers involved in the illegal transfer of voters within the country. Voters had their voting polling stations changed without their request. You stated that the audit report had implicated three officers of the commission who were involved in the illegal exercise of tampering with the voters’ register,” said Mr Mwangi.

Azimio wants to know what action the commission took against the three officers, their names and whether the matter has been reported to the relevant agencies.

This is the second time Azimio has written to IEBC demanding answers over areas of concern about the polls. In response to an earlier demand last month, Mr Chebukati responded with a 54 page letter detailing the action IEBC had taken.

In July 2017, IEBC convened a consultative meeting with all the eight presidential candidates, including President Uhuru Kenyatta, to chart the way forward following the High Court’s ruling on the procurement of ballot papers so as to ensure the election is carried out harmoniously.

In 2017, some Presidential candidates vouched for printing of ballot papers locally to ensure their safety, with Mr Odinga and Dr Aukot vowing not to allow Dubai firm Al Ghurair to print the presidential ballot papers. They cited integrity concerns.

The agenda of the July 2017 meeting with the eight presidential candidates was on the procurement of ballot papers for presidential election, in consideration of limited time available for preparations ahead of the August 8, 2017 General Election.

Tana River: Hussein Dado disputes poll outcome, says he'll move to court
North Eastern
By Hassan Barisa
20 mins ago
Why we should reform our voting system
Xn Iraki
By XN Iraki
56 mins ago
Sorry state of stadiums in Nyanza cause for concern
Nyanza
By Washington Onyango
1 hr ago
Kisumu residents shift to kitchen gardens as high cost of living bites
Nyanza
By Sharon Owino
1 hr ago
. 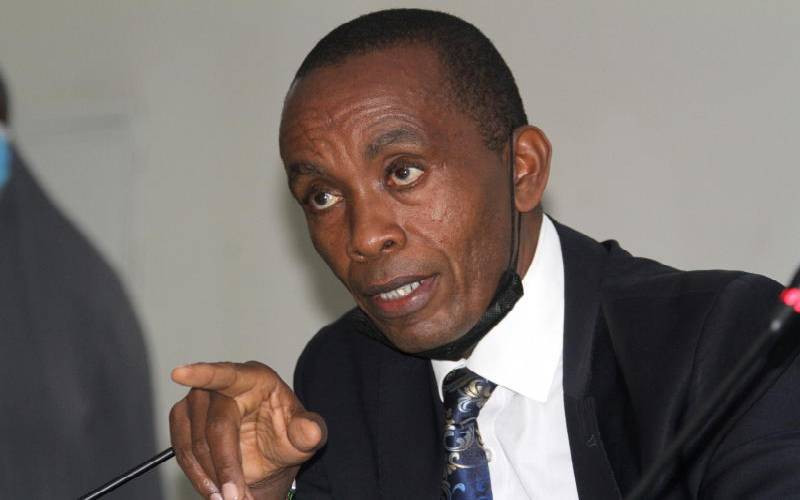 By Steve Mkawale, Kennedy Gachuhi and James Munyeki 4 hrs ago
Premium 'Impressive' governors who were swept away by Ruto's yellow wave 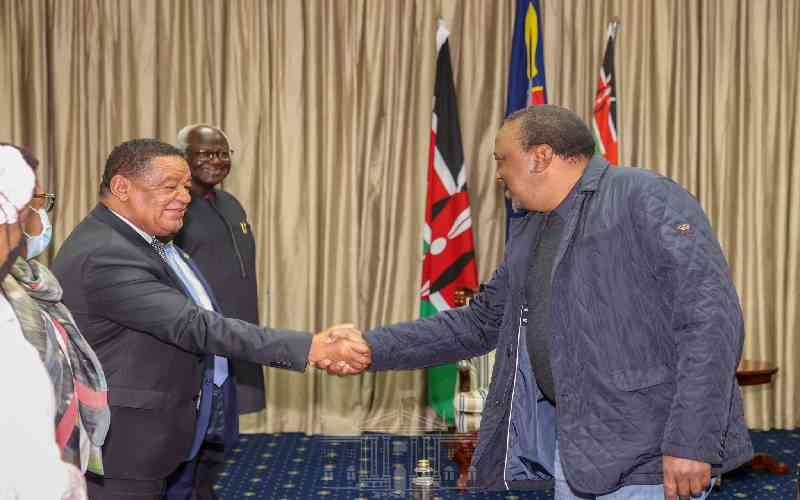