What next for politicians who stepped down for nominations?

Politicians who were asked to step down in favour of their competitors face uncertainty as parties keep their respective nomination lists secret.

Political parties had a deadline of up to last Saturday midnight to submit the names of the people they would want nominated as Senators, Members of National Assembly and Members of County Assembly to the Independent Electoral and Boundaries Commission (IEBC).

IEBC Chairperson Wafula Chebukati said yesterday that the electoral agency has received party lists for nomination slots from 81 political parties while Ford Asili and Ukweli Party are the only ones that had failed to send their lists by the deadline.

“The commission will review the party lists within 14 days of receipt to ascertain their compliance with the requirements of the Constitution, the Elections Act and regulations. Political parties whose party lists will not be compliant shall be informed and allowed to resubmit their party lists within seven days of their rejection,” said Chebukati.

Chebukati said only the two parties had failed to meet the set deadline for unclear reasons yet the commission was out to ensure that every outfit was represented so that when the allocation of seats is done based on their performance in the General Election no key players are left out.

“The parties were also expected to provide names for special seat members necessary to ensure that no more than two-thirds of the membership of a country assembly are of the same gender and members nominated to a county assembly from marginalised groups including persons with disabilities and the youth,” he said.

Ford Asili Secretary-General Njeru Kathangu told The Standard that they failed to submit the list to IEBC because they have few candidates and felt that priority was being given to major parties such as Jubilee Party, ODM and UDA. Ukweli Party CEO Martin Njuguna, said the party decided to stay away from the process since it had only 10 candidates across the country. 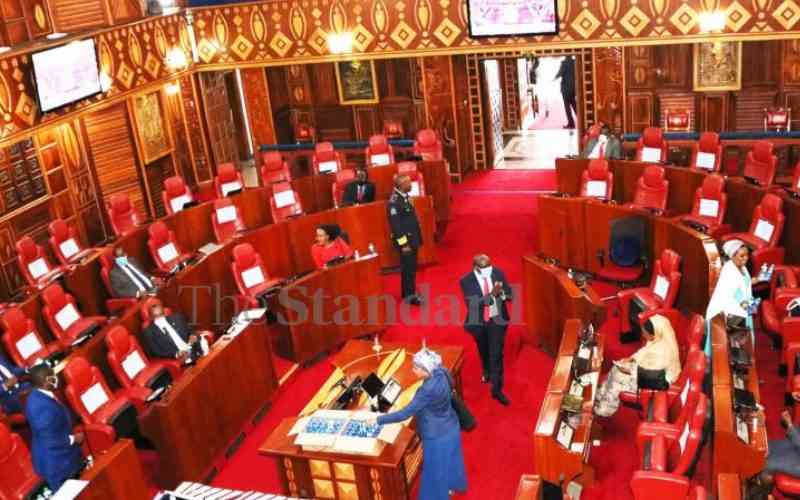