Has the milkman found his match in Chebukati or has the cow refused? 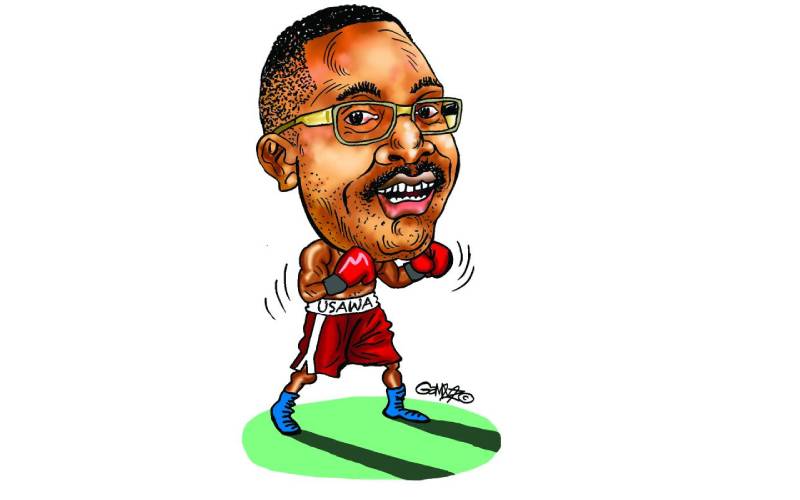 If supporters of Mwangi wa Iria had made their “No Wa Iria, no erection” declaration months ago, they would have probably been right.

Long before other politicians had considered displaying their faces in public spaces, Wa Iria was racing the expressway to dominate Nairobi’s skyline, erecting billboards in every corner of town.

President Wa Iria 2022, the billboards declared. And in that way, the Murang’a governor, wearing a closed-mouth smile, declared his intention to be the Fifth!

Alas, everyone, even those with no chance of winning an election, has since erected billboards, dethroning the milkman, as his ‘Wa Iria’ name suggests he is, as the billboard president.

So Wa Iria’s supporters, who joined him in his “bado mapambano” struggle at the Bomas of Kenya this past week, could not be more wrong in claiming that no erection can happen without Wa Iria. Unless, of course, they meant ‘No Wa Iria, no election’. Then that’s even wronger.

The Murang’a boss doesn’t honestly think himself as capable of stopping the general election. The task would be more arduous than blocking the entrance at Bomas with fuel guzzlers. He would need more vehicles to block the gates of all polling centres.

Any sabotage job requires special skill sets, the kind a person who gets locked up inside an elevator probably lacks.

It is doubtful that Bwana Maziwa commands the numbers that could spark an uprising, so unless he inspires the cows he promised every household if he became president into a revolution, his chances of stopping the August 9 polls are next to nil.

Before he joined politics, Wa Iria was the boss of a milk processing company. This job earned him the name Wa Iria, which loosely translates to ‘of milk’.

First elected in 2013, he rode the wave of having ‘technocrats’ - a word that means the opposite of a politician in Kenya - as county bosses.

Wa Iria, like many two-term governors, is scheduled for retirement come August. Many of his colleagues have opted to seek lower seats, mostly owing to the fact that they don’t come with term limits.

But Mwas, always the dreamer, set his goals high. He settled on the most ambitious one - the presidency.

And so he went on a billboard-erection spree, hoarding the country’s skyline with several. Winning the Murang’a governorship twice, he was confident that his luck with elections wouldn’t run out.

Wa Iria was confident of victory in August and reminded everyone who cared to listen that he had a headstart against them all, as he carried “the biggest basket of votes”, referring to his Mt Kenya backyard. Winning, therefore, would be a breeze. That was until he met Wafula Chebukati, the man famous for reciting the most enduring of “Apraham Lingolin” (Abraham Lincoln) quotes.

Bwana Chebukati had a simple ask - deliver 2,000 signatures from at least 24 counties (of human beings). It was at this moment that Wa Iria knew he had messed up. He had underestimated the task ahead.

The Murang’a governor had thought his promises to hand family cows, with the current price of milk, would earn him sufficient signatures. It did not. (Turns out weed is a more irresistible incentive. Or why were George Wajackoyah’s signature numbers higher than Wa Iria’s?)

Long story short, Wa Iria found his name missing from the shortlisted prospective presidential candidates and for once in his life, found out that he could stage better demonstrations than the nurses he had sacked in 2017 for striking, demanding better working conditions.

But unlike the nurses that Wa Iria later reinstated, the IEBC is certainly done with the Murang’a governor.