By Kennedy Gachuhi | 7mos ago

Things moved pretty fast for a suspect linked to the Sh9 billion National Youth Service (NYS) scandal and who is eyeing a political seat.

Ann Wambere Wanjiku Ngirita was today received by Jubilee party at its Nakuru branch office and for a while, it looked like she was on a roll.

Minutes, later however the party executed a somersault and advised Ms Ngirita to seek clearance with the relevant government agencies before participating in the party nominations.

Ms Ngirita and her three relatives were arrested and charged in 2018 after they were linked to the Sh9 billion scandal at NYS.

She was charged with allegedly receiving Sh59 million from NYS for no goods supplied.

She was to supply food, stationery, firewood among other items. The case is still pending.

Ngirita was this morning received at the party's Nakuru branch office alongside other new members and defectors from UDA and ANC parties.

“I am offering my candidature for the Nakuru woman representative position. I will be seeking nomination through the ruling Jubilee Party and hopefully be on the ballot in August,” said Ngirita.

She was received by the party’s Regional Director Peter Cheruiyot and the branch Chairperson James Karimi.

“We welcome Ms Ngirita to the party as we continue to bring back on board other new members and those who had defected,” said Cheruiyot.

Minutes after the reception, the party issued a statement directing Ngirita to seek clearance from the Ethics and Anti-Corruption Commission (EACC), the Kenya Revenue Authority (KRA) and the Directorate of Criminal Investigations (DCI).

“Jubilee Party is open to receive all Kenyans but it is a clean party. We are advising Ngirita to seek clearance with the EACC, KRA and the DCI before participating in our nominations. The party does not condone graft,” said Cheruiyot.

Asked about the corruption case, Ngirita said that the matter would not hinder her from pursuing her political ambitions.

“I had moved to UDA because I felt that Jubilee Party was losing its popularity. When President Uhuru came out to give direction to the party, I felt the need for me to return,” she said.

Ngirita, a mother of two, said that she identifies herself with challenges the ordinary women in the country face and need government attention.

“I know some people will mud-sling me but I'm ready for that. I'm a mother. I know what women in this country want and I can only speak for them from inside Parliament,” said Ngirita.

The Jubilee Party in the 2017 General Elections captured 10 out of 11 parliamentary seat.

Nine of the 10 members have since defected to UDA. Governor Lee Kinyanjui has started his UPF party.

“We are urging our members who have gone to the new and smaller parties to come back. We want to be in Azimio as one strong team to deliver victory in the coming elections,” said Karimi.

He explained that the party still has a firm grip of its support base in the county and would recapture the seats held by members who defected. 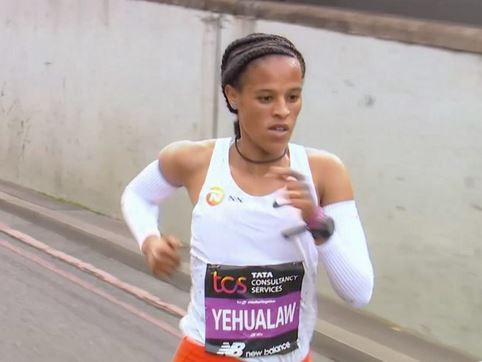