ODM aspirants from Western have pledged to respect their coalition partners to ensure they win majority seats under Azimio la Umoja Movement umbrella.

The aspirants drawn from Busia, Vihiga, Bungoma, Kakamega and Trans-Nzoia counties said the August 9 General Election will be won by a coalition and there was need to embrace the spirit of give and take among partners.

"We are having a meeting on Friday to craft the coalition agreement with the parties but how we are going to behave in the coalition will matter," said Mr Oparanya during the meeting with aspirants at Bishop Stam Pastoral Centre in Kakamega yesterday.

The governor admitted that ODM had a bad repute on how it carried out nominations and assured that the party National Elections Board (NEB) had crafted fresh legislation to ensure free and fair exercise.

He said the Azimio team would embrace consensus in cases where they have multiple aspirants against their opponents from Kenya Kwanza associated with William Ruto.

"We lost many seats to Jubilee in Western under NASA because we fielded a candidate for ODM, ANC and Ford-Kenya, that was a hard lesson we learnt and don't want to repeat the mistake," he said.

Justus Kizito the regional ODM chairman encouraged those who will lose in the primaries to stay put in Azimio so that they increase the chances of the coalition forming the next government where they can benefit from various appointments.

"It is better to lose or win in a winning team, it's worse to lose in a losing team, stay in Azimio," he said.

"We (ODM) like any other political party exist to gain power. We want to supervise the primaries of ODM to arrive at the best candidates to win power. We will do that in an inclusive and most democratic manner," she said.

Ms Muyeka revealed that the party would use delegates, consensus, direct nomination and universal suffrage to pick suitable candidates.

"We will conduct polls to get the most popular candidate before handing him a direct ticket," she said.

"In counties like Tana River and Isiolo where tribal and cultural leaders call the shots we will have them give us the nominee," she added.

The NEB chairperson asked aspirants to be open minded as the primaries would involve "give and take" scenarios.

She further said that ODM was alive to the fact that the next government would be a coalition and called on members and leaders to respect their coalition partners. 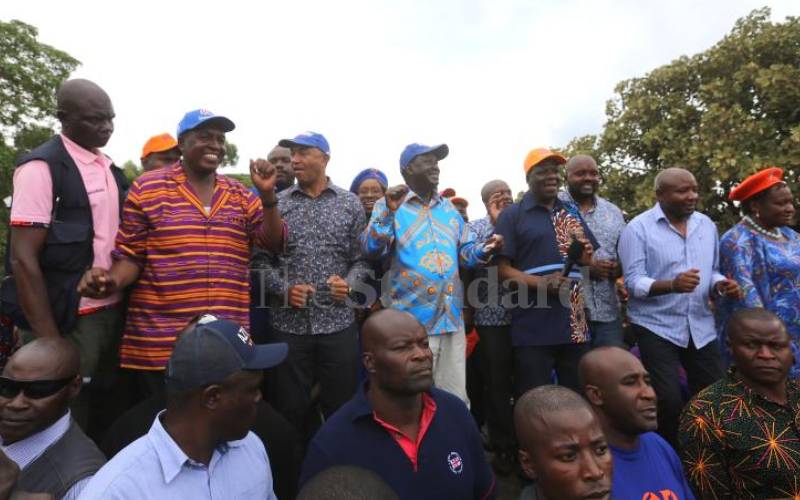 Premium ODM refunds millions of shillings to aspirants
Party set to issue direct tickets to female MPs to push up the number of elected women.
Politics
By Moses Nyamori
8 months ago
.

Tonight at 10pm: Neymar expected to play for Brazil against South Korea
Football
By Associated Press
9 mins ago
Five ways you can learn to receive love
Relationships
By Esther Muchene
56 mins ago
Cheplelachbei Primary School pupils wow netizens in viral video
Rift Valley
By Edward Kosut
1 hr ago
Oxford Dictionaries names 'goblin mode' its word of the year
World
By AP
1 hr ago
.

By Associated Press 9 mins ago
Tonight at 10pm: Neymar expected to play for Brazil against South Korea
.