By Daniel Wesangula | 9mos ago On the morning of February 10, Nzioka Waita (pictured) will for the first time in seven years leave his bed without the pressure of needing to know what President Uhuru Kenyatta’s diary looks like, what meetings need to be cancelled or what national projects are taking too long to complete.

He will wake up only with the burden of holding secrets from his time at State House, but with the relief of that, he will no longer be under pressure to keep the secrets from the future. Instead, he may find himself waking up to messages from potential voters or political mobilizers hoping to carry favour with him. But as he does this, he will be taking the first steps towards away from the centre of power and more towards fulfilling a personal ambition.

After seven years, he is walking away from his position as the President's Chief of Staff and into the bare-knuckle life of politics.

“The world I am leaving hasn’t been easy,” he says. “It has its fair share of challenges but we deal with them in a different way.”

In the run-up to his resignation, Waita has been on a media blitz. He has canvassed TV screens, graced newspaper pages, radio stations broadcasting in English and vernacular where it has been said he struggled with his native Kamba language.

These, he says, are some of the most important initial steps to what he wants to become. Waita is convinced that his experience at State House, where he was more or less the president's man has provided the perfect launching pad for a career in politics.

“There can only be two outcomes in our politics. You either win or lose,” he says. “That’s the beauty of democracy.”

There was nothing democratic though, about his transition from the corporate world to public service.

“I received a call on a Thursday from State House and asked to report the next day,” he says. “When the president calls, there can only be one answer.”

“My first conversation with the president was very brief. He just asked me whether I was ready to work,” he says. For the next seven years, he hardly took a break from work.

While at State House, there have been projects that have been dear to him. One of them was the construction of the Standard Gauge Railway.

“Being part of this from start to finish leaves me with immense pride in the possibilities that his country has,” he says, before mentioning a string of other road infrastructure projects across the country that he says have transformed the lives of Kenyans.

But it is in these infrastructure projects that critics point out that have sunk Kenya into debts and a very high tax burden.

A conversation with Waita leaves one a feeling he is approaching the next challenge with some bit of naivety having spent close to a decade at the centre of power. Sometimes, such proximity to power isolates one from ordinary people's realities.

Like his boss, Waita believes a lot has been done. "We have no doubt made strides as a country. We have had some wins, but the losses outweigh the gains." Statistics from the various economic institutions puts the country’s poverty rate at between 36 and 47 per cent of the population. A number that is significantly higher than what existed when President Uhuru Kenyatta took over from Mwai Kibaki.

Kenyans feel overtaxed. Overburdened with the task of building a nation that sometimes feels like is full of bullet holes, haemorrhaging resources, leaking optimism and drowning in self-pity and despair.

“Taxes are our responsibility as citizens. I am not vouching for the tax regimes that exist, but as responsible citizens, we need to pay our taxes,” he says.

Job losses have been rampant. Even before covid, industries were shutting down and relocating to Ethiopia and other neighbouring countries. Tourism, one of our biggest foreign exchange earners was already crouching.

“You cannot deny that things have been difficult for the country. The last two years have been a stress test for all of us but by and large, the government has improved the key enablers of the economy. There is hope in sight,” he says.

The optimism he expresses burns particularly bright for the youth, a key demographic that was at the core of campaigns that secured Kenyatta’s two-term presidency.

“Youth were always a priority. We have created opportunities in AGPO particularly on the entrepreneurial young people. They have had access to the tendering process,” he says. “But there have been challenges in the speed at which payments are made that have affected the youth. We have had wins and losses.”

He says there has been considerable investments in sports and the arts, as well as TVETS, all aimed at improving the lives of the youth.

Still, with just months to go, a majority of this demographic continues to hold on to hope that these interventions will somehow help them step out of crippling poverty and as he transitions into politics, these same issues will confront him.

How will he deal with them?

He says, through his organisational skills and administration capabilities. None of these are super powers that will guarantee him a seat at the governor’s council. He believes though he has what it takes to transform Machakos.

The electorate though, has proven on many occasions that the line between manager and politician is not only thin but nearly impossible to distinguish. Once the madness of the election season sets in, Waita will require more than his credentials to convince the people to vote for him.

“I am not doing this half- halfheartedly,” he says.

With days to his handing over, his phone still rings almost constantly. Some calls he picks. Some he doesn’t. Other missed calls are returned with fervour. Others causally.

As he walks away from the interview, patrons at the hotel recognise his face. Some call him sir, others boss. Most call him mheshimiwa, to which he answers, perhaps already owning the role that will certainly define him for the next few months or longer.

At 46, the President’s Chief of Staff knows what political party he will vie on in the forthcoming elections.

“I cannot say that now. I am the president's man. I will be where he will be,” he says.

On Sunday, he attended a church service at Kyaani ABC in Machakos and announced that he would retire from civil service today (February 8).

Waita disclosed that some politicians were harassing him not to vie for the seat claiming that he was too young. "Most resources that are supposed to benefit the locals have not been properly utilised," he said.

He later met students and church groups and urged the Kamba community to rally behind Azimio la Umoja led by Raila Odinga. 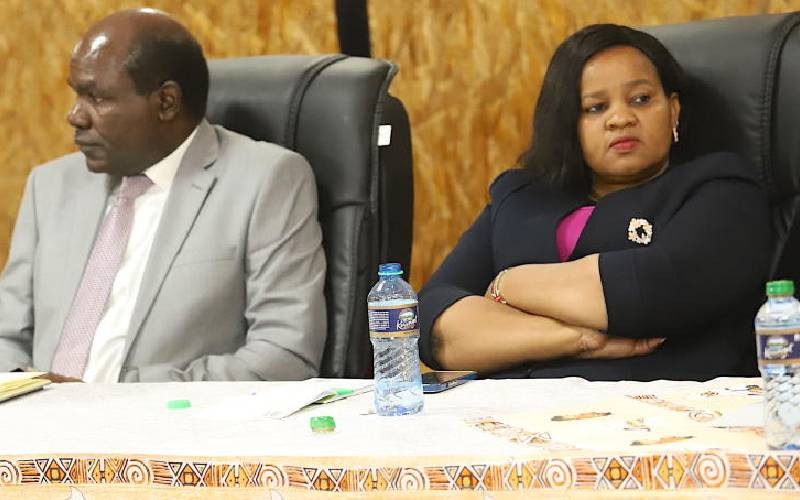 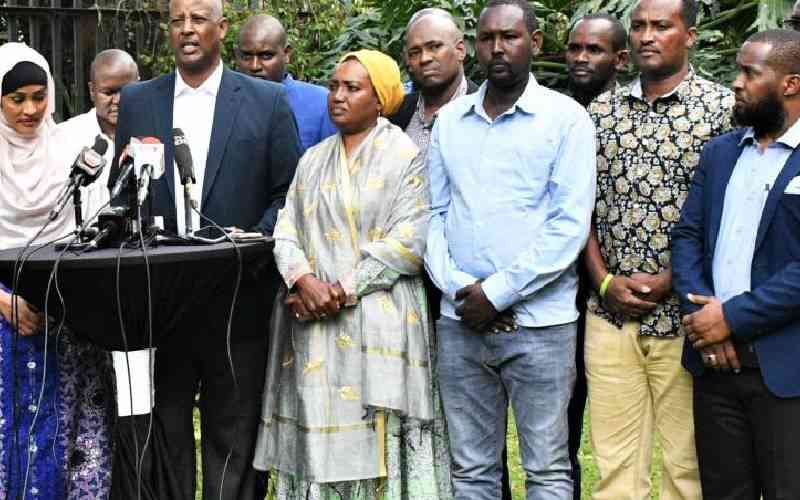 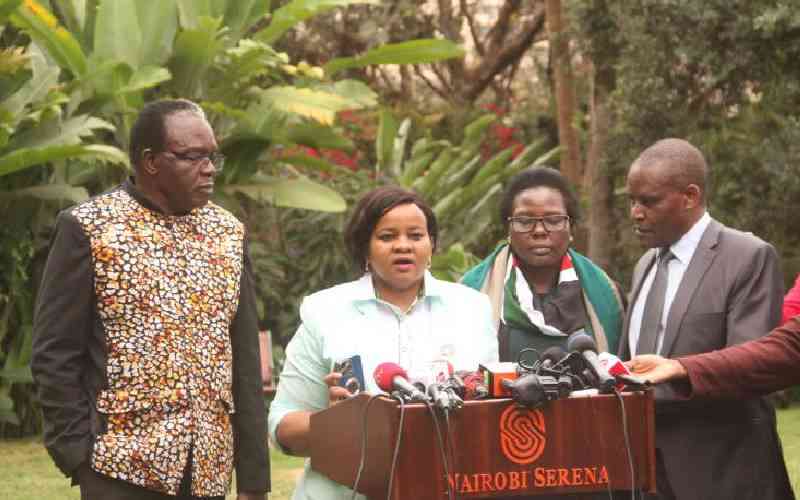 By Allan Mungai 49 mins ago
Tied to their fate? 'Cherera Four' to face tribunal
.