By Josphat Thiong’o | 9mos ago

The deed now allows the four to own the One Kenya Alliance name.

Gideon announced that the agreement will be deposited with the Registrar of Political Parties on February 28.

“We will officially unveil the One Kenya Alliance and demonstrate how our vision will fundamentally transform Kenya. As a build up towards the official unveiling, we have lined up a series of public engagement activities to be hosted by our constituent political parties and partners in various parts of the country,” said the Baringo Senator. He said the coalition was open to honest engagement with other political formations which share the same ideologies.

“This shall involve structured and open negotiations, which must include resolution of the country’s crippling debt folio and discussion on exploration of our natural resources to address the debt and create employment for our largely unemployed youth among other issues,” he added.

Kalonzo said several parties and formations, including the Azimio la Umoja movement, had reached out to OKA. He, however, said they were in no hurry to get into any coalition.

“We have up to April 9 to have made our decision. There have been numerous approaches from other parties but we will engage individual OKA party organs before any decision is made,” he said.

Kalonzo and Karua noted that Kanu, Wiper, Narc Kenya and UDP would soon hold National Elections Committee (NEC) meetings to decide on which side of the political divide they should align themselves with, if need be.

“Are they Kenya Kwanza or Kenya Kwisha? The assertion to join other parties has been there. We are open to like-minded political formations but the mode of engagement shall be open, inclusive, transparent and consultative,” he said. 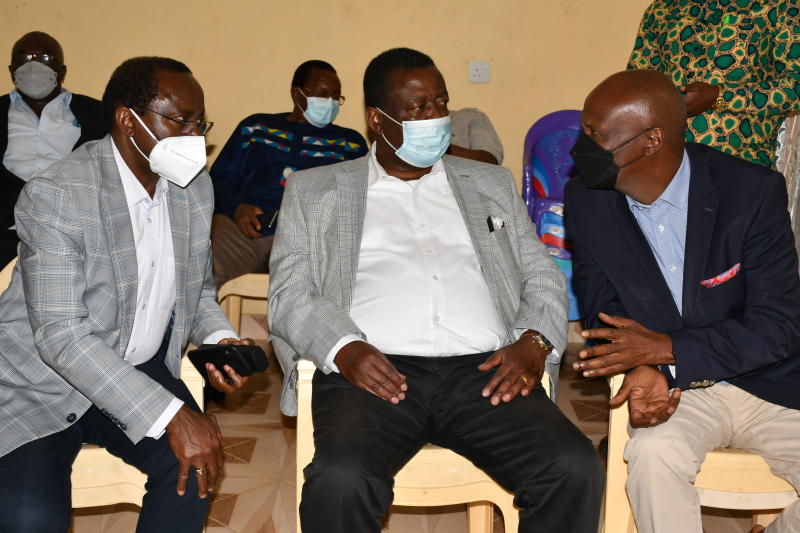 Premium OKA chiefs edge closer to picking their candidate
One Kenya Alliance (OKA) secretariat has retreated to Naivasha to fine-tune a document that will guide its principals in the choice of a candidate.
Politics
By Antony Gitonga
10 months ago
.

Engineer Hazel Wachira: Kenyan woman who turned Dreamliner into a cargo plane
Achieving Woman
By Jacqueline Mahugu
16 mins ago
'Normal thing to do': Japanese fans tidy up at World Cup
Football
By Associated Press
19 mins ago
Five benefits of oil pulling
Beauty
By Esther Muchene
46 mins ago
Kidnappings, looting cited in Ethiopia's Tigray after truce
Africa
By AP
49 mins ago
.

By AP 49 mins ago
Kidnappings, looting cited in Ethiopia's Tigray after truce

By Associated Press 19 mins ago
'Normal thing to do': Japanese fans tidy up at World Cup