They continue to rebuff overtures from ODM chief Raila Odinga and Deputy President William Ruto, insisting that One Kenya Alliance (OKA), a formation they identify with, is keen on fielding a presidential candidate.

While Mudavadi insists he will go for nothing less than the presidency in next year’s General Election, he faces the option of playing second fiddle to either Raila or Ruto if he gives in to piling pressure from a section of Western leaders and those from other regions.

According to political analyst Martin Oloo, one cannot rule out the possibility of Mudavadi and Wetang’ula working with Raila or Ruto.

“A day in politics is such a long time. It is possible for the politicians to craft an alliance ahead of the 2022 elections,” said Mr Oloo.

He said the ball was in Mudavadi’s court: "He could opt to work with either of the two competitors then agree on a post-election coalition deal or go it alone as he has already indicated."

During his two-day tour of Western a few days ago, Ruto appeared to court Mudavadi and Wetang’ula to join his camp.

“Let me ask you, would wish to see Mudavadi and Wetang’ula work with me or the 'vitendawili' person?" posed the DP at rallies in Kakamega and Vihiga counties on Wednesday and Thursday.

The crowd shouted back, saying Ruto should work with Mudavadi and Wetang’ula.

Ruto's allies from Western have also implored Mudavadi and Wetang’ula to support the DP's presidential bid.

According to Mumias East MP Benjamin Washiali, Western could have a chance to produce a president after Ruto’s presidency.

“Ruto will groom and prepare the way for a president from this region. Mudavadi and Wetang’ula should consider joining forces with the DP," said Washiali, a close ally of Ruto.

ODM brigade has also been luring the two leaders to consider working with Raila who appears to enjoy State support.

“This could be sooner rather than later,” said Ottichilo during a recent fundraiser in aid of boda bod operators. 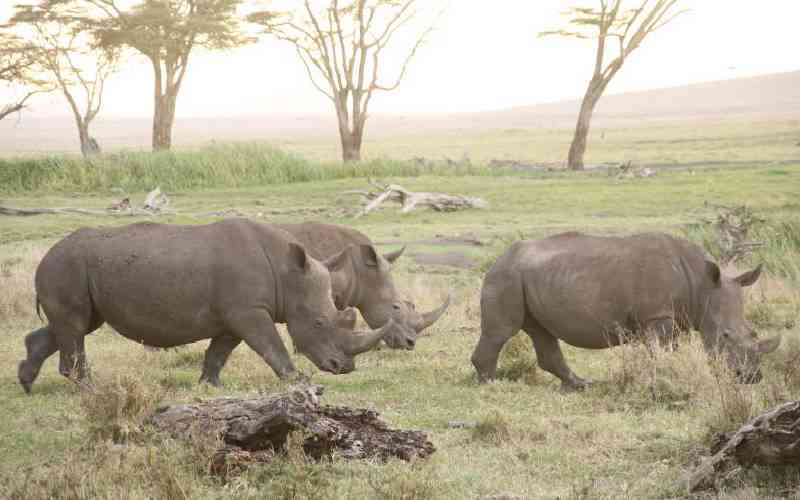 Tracking the Big Five
What comes to mind when you think of Lewa? For many, this would be the Lewa Safari Marathon that was held last weekend or the Lewa as a conservancy.
Sunday Magazine
By Ferdinand Mwongela
2 hours ago

Insurers push innovative ideas to grow uptake among millenials
To attract the younger generation, insurance firms are mulling daily insurance covers. However, there are still hurdles including ones that need a law change.
Business
By Wainaina Wambu
2 hours ago

Premium Cryptocurrency fallacy: There is no easy route to real and lasting wealth
The thing is cryptocurrencies in their current form and design breach the established norms of a valid legal tender. They offer no persuasive economic sense to justify investing in them.
Business
By Patrick Muinde
11 hours ago
.

By Nathan Ochunge 3 11 hours ago
Premium Winnie Odinga: Why Martha Karua's nomination is a big win for women