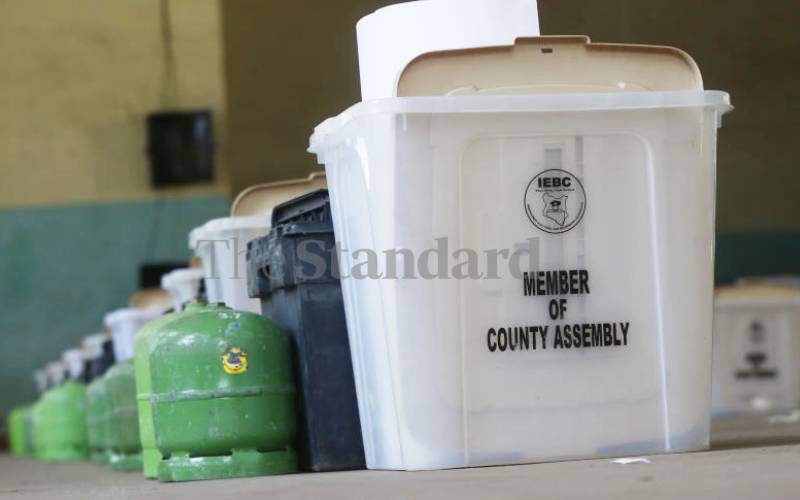 The Independent Electoral and Boundaries Commission (IEBC) has started reviewing nomination regulations and will start issuing certificates to political parties that are compliant from next week.

IEBC Chairman Wafula Chebukati said the commission was reviewing regulations and procedures presented by 89 political parties and will only issue certificates to parties that have set rules aligned with the Constitution.

“We asked political parties to submit their nomination regulations but they fell short of the requirements and they had to submit afresh. We are reviewing them and will be able to issue certificates to those that are compliant in a week’s time,” Mr Chebukati said.

IEBC released the new party nomination guidelines on October 15 and rejected the lists that did not comply with the Constitution on November 11 forcing the parties to go back to the drawing board.

Political parties are set to conduct nominations between January and May 26 next year ahead of the August 9, General Election.

The IEBC chair urged politicians not put the country in a campaign mood saying the elections are still many months away.

“We are here to deliberate matters that are necessary and urgent in the preparations for the next elections. The amendments we will come up with will help harmonise the electoral process,” Chebukati said.

The IEBC boss noted that there were no candidates yet and it was not good for politicians to start early campaigns.

Chebukati said the official campaign period will be 120 days to elections.

“We are encouraging politicians not to engage in high gear in their campaigns. They should not put the country in an election mood because time has not come yet,” he said.

He revealed that the question of early campaigns was also being discussed in the forum.

Mr Kigano regretted that there are no stringent laws to curtail early campaigns in the country.

He noted that it would be difficult to stop the campaigns since freedom of speech is enshrined in the Constitution.

“We do not have stringent laws to curtail early campaigns because we have freedom of speech for everybody,” he said.

Kigano said the laws must be in conformity with the Constitution and in line with the preparations for elections.

“We are here to look at the urgent amendments of the elections laws to conform to the Constitution ahead of the forthcoming General Election and future elections,” said the Kiharu legislator.

The two teams are expected to complete review of the proposals today.

Why I ditched Ruto for Raila, reveals MP Pkosing