Ruto: Uhuru tips have kept me ahead in the 2022 race

Deputy President William Ruto says he is ahead of his competitors in winning the hearts of Mt Kenya voters following vital lessons he learnt from President Uhuru Kenyatta on their needs and aspirations.

He was speaking at Latter Glory Worship Center in Kiambaa, Kiambu County, where he gave a personal donation of Sh1 million in aid of the church.

Ruto claimed that President Uhuru Kenyatta had already taught him how to climb Mt Kenya while his competitors are struggling to convince voters in the region to vote for them.

He, however, urged Kenyans to stop ethnic-based groupings and adopt political parties with a national outlook and aspirations.

"We believe in working together and I’m very proud to be a member and a leader of the Hustler movement that cuts across all tribes, religions and races of Kenya and we aim to use our unity to build a political party that will have the capacity to formulate a proper development model under a bottom-up economic model that will change the fortunes of our country," Ruto said.

Speaking Sunday at Latter Glory Worship Centre in Gachie, Ruto said Kenyans should elect leaders with an admirable track record and those who had the country's best interest at heart.

The Deputy President said only the United Democratic Alliance (UDA) among the current crop of political parties has a national outlook and clear agenda for the country.

"Do not allow yourselves to be misled to support political parties with tribal groupings and which have no development agenda," the Deputy President said.

MPs allied to DP Ruto took a swipe at Suna East MP Junet Mohammed’s alleged remarks that the government will belong to one community should ODM leader Raila Odinga win the 2022 polls.

Led by Muranga Senator Irunga Kang’ata the MPs said the government belongs to all Kenyans irrespective of who will win next year’s elections.

“It does not matter where you are coming from whether Coast, Nyanza, Mt Kenya or North Eastern the government belongs to all Kenyans and the Hustler Nation is advocating an all-inclusive government irrespective of where you come from," Kangata said.

Kikuyu MP Kimani Ichungwa called on the youth to exercise political tolerance and the need to shun politics of hate speech.

Ichungwa condemned the violence witnessed in Busia on Saturday when DP Ruto was touring the region.

He called for political tolerance and urged all political leaders to rein in their supporters who are out to cause violence on their opponents.

Ann Kananu Mwenda is set to join the list of female governors in the country after she is sworn-in as the third Governor of Nairobi county.

Intentionally ending all aspects of discrimination, stereotypes and biases against girls at a young age will have a multiplier effect in societies. 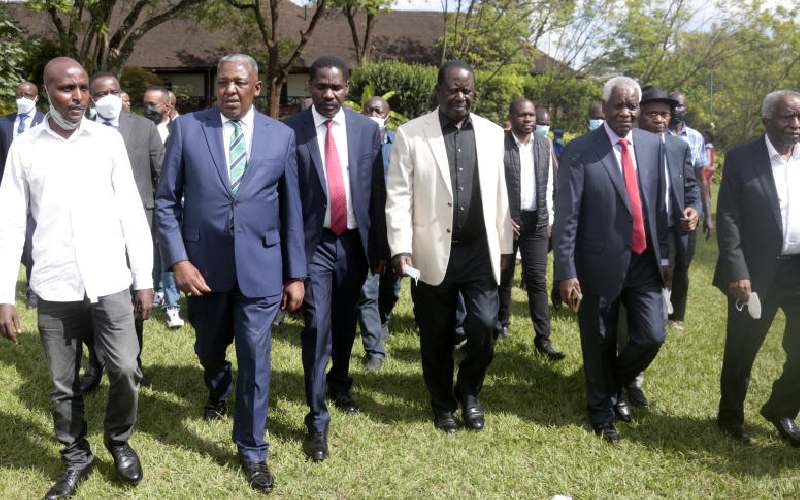