The 51-year-old Machakos governor, who has mastered the art of rerouting communication to his advantage, is suave and quick witted.

To some, he has a tongue that can get him out of trouble, but at times, also get him deep in to it.

Whichever ditch he unintentionally finds himself in, he always climbs out, with words.

However, during an exclusive interview with The Sunday Standard on Friday, the governor, perhaps for the first time in a long while, said he had “no comment” about an issue that had been a trending topic on social media for most of the week: claims that he was linked to the destruction of activist Boniface Mwangi’s home in Athi River, Machakos.

Leaning back on his seat, clasping his hands and wearing a glazed facial expression, it was clear that Alfred Nganga Mutua wanted nothing to do with questions related to the activist.

This writer knew he had hit a raw nerve.

“People will bring sideshows to deflect me from my main focus of becoming president. I see them for who they are. And, I say: I’m seeing what you’re about to do. I am not going to be caught up in games that are trying to distract me,” he said.

On Thursday, Mwangi accused Governor Mutua of destroying his Athi River house the previous night after he posted on Twitter pictures of the county chief’s estranged wife, Lilian Nganga, with musician Juliani, who is said to be her partner.

Mwangi said he was “warning men who behave like their partners are personal assets”.

It was after the October 16 post that Mwangi accused Mutua of targeting him.

But, Mutua denied being aware of what Mwangi posted online.

But then, why did he write Mwangi a demand letter, asking him to pull down the posts?

“It (letter) was written by people who work for me. I just appended my signature on the letter. Sensationalism and being caught up in small dramas is not helpful at all,” he said.

“Do you harbour ill feelings toward Bonny?” I ask.

“Nothing fazes me. I’m a person who believes we can all hold hands and walk together. I’m a person who does not have any ill feelings against anybody. I taught Sunday School as a Christian. I believe in respecting people,” said Mutua.

Those were already more-than-enough responses from a man who literally said: “I’m not going to discuss that guy”.

Mutua says he is firmly in the race for Kenya’s top elective seat in next year’s polls, and that, should he join hands with other politicians, “I must be on the ballot paper as the presidential candidate”.

“The possible outcome in 2022 presidential election, according to me, will be: Alfred Mutua, number one; either Raila Odinga or William Ruto will take the runner-up position,” said the Maendeleo Chap Chap leader.

On why he feels he is best-suited to lead the country at the expense of Raila and Ruto, who are perceived to be frontrunners, Mutua said the two “have unique weaknesses”.

“Raila can make a good President, but age is not on his side, and he has been captured by people who have diverse  interests. If I was not running for president, I would vote for him.

“Ruto, on the other hand, is a person I would not wish to see steering this country. Having served as a government spokesperson during Kibaki’s regime, I know the things he stands for.”

In December 2019, Mutua caused a buzz online when he accused Ruto of threatening him, when he “firmly squeezed” his hands.

“When I lamented about that incident, I wanted to expose how he was full of anger.”

On December 22, 2019, the DP denied the existence of hostility between him and Mutua. Investigative agencies also established that there was no concrete evidence proving Ruto threatened Mutua in any way.

Raila has been on record stating that the elusive Mt Kenya vote has been the stopper in his quest to occupy State House.

Recent political happenings, including his meetings with Mt Kenya businessmen and the youth, have pointed to a possible rapprochement between him and the Central Kenya electorate. Is that development worrying Mutua?

“I’m assuring you that Mt Kenya is fully behind me. As some strive to appeal to the Mt Kenya electorate from the foundation, I’m already ahead; I’m at the Cadet level.

“I haven’t spoken to them yet, but they’ve already approved of my candidature. When I’ll open my mouth to speak, they’ll come running over to me,” said the governor, claiming that his independently commissioned research shows he’s ahead of Raila and Ruto in Mt Kenya.

Political pundits place the ODM boss and the DP ahead of other aspirants in the 2022 presidential race. Mutua, however, says his “victory” would shock many.

“Let them fight at that high level, they’ll be shocked when I’ll pass between them and clinch the seat.”

Asked why he was yet to hit the campaign trail like his would-be opponents, Mutua said Covid-19 “slowed me down”.

“I launched my presidential bid in September 2020, but Covid-19 came. I vowed not to be part of the super-spreaders. Leading a race from the start, doesn’t mean you’ll end up winning it.”

The governor says should he be elected president, he’ll prioritise the youth.

His priorities would be: creation of five million jobs for the youth in the first three years, ensuring ease of doing business, removing polytechnic fees for students, supporting the entertainment sector, and protecting the youth against harassment by the State.

On who will be his running-mate: “A person who has vied and won an elective seat, a person who is ready to work. For now, I wouldn’t mention who he or she is.

“I’d like people to know that I’m not threatening to run for president, I’m sure my name will be on the ballot paper.”

“On whether the deep state influences election outcome, I would say the answer is both yes and no,” he said.

“If you look at the impact that the United Democratic Alliance (UDA) had in Mt Kenya recently, when they won a few political seats that were previously in the grip of Jubilee Party, you’d be wrong to think that the deep state never tried to influence those polls.

“The deep state can make it difficult for you, as a candidate, to win an election. That alone, is enough for them to have their way. How do they do it? They galvanise the provincial administration, they use State funds to campaign directly and indirectly for people, and they generally frustrate your campaigns through propaganda.

“However, it is difficult for the deep state to hoist a losing candidate to the position of victory.”

Who is the Deep state?

“Deep State refers to a few people who have government power; they are working in the Office of the President, or are occupying seats in Cabinet as Cabinet Secretaries or Principal Secretaries.”

When you take a tour of the Office of the Governor of Machakos County, one of the impeccable rooms, sitting on a fairly large space, is the first lady’s office.

During our interview, the first lady’s office was unoccupied, and unlike other rooms, little or no activity was taking place in it.

“This was supposed to be the first lady’s office, but she is no longer here with us,” our guide said,  pointing at the room.

Mutua says he didn’t build the first lady’s workroom for Lilian only, but for any occupant of that position in subsequent governments.

“This building is for the people of Machakos, it’s built for perpetuity,” he said.

In mid-August this year, Mutua and Lilian shocked Kenyans when they announced their separation.

Asked to disclose the reasons behind the break-up, Mutua said: “When you have issues with people you have lived with, let them (differences) remain there (in the private space). No one is perfect in this world. Just have a little respect and decorum.”

But does he miss Lilian? “You miss people who come into your life. The people who are in your life, even for a month, two months, or 20 years, they leave a part of them in you. It is natural for you to miss them. You have to be the devil incarnate for you not to miss them,” Mutua says.

When he hosted his birthday party on August 22 at Ole Sereni Hotel, Lilian attended. She sat next to the governor. During their interaction, there was a supposed awkward moment where Mutua was speaking to Lilian, but she, seemingly, wasn’t interested. A video clip of that interaction went viral.

“I don’t listen to those things (what people say online)… Watch the entire video, wacha picha. A photo only captures one moment, not the entire interaction. Lilian and I are good friends, and friends talk. When we speak to one another, she listens,” he says.

But, why did they go their separate ways?  I insist.  “I’m not going to discuss my relationship, I won’t. It is disrespectful to the other person. It’s funny that people don’t understand that relationships can end without major issues. It’s possible to tell your partner: ‘it’s been nice’, and she says the same too. That’s maturity… Maturity’s when you realise that you don’t own anybody.”

Mutua, however, seized the opportunity to advise the youth on the type of spouses to avoid.

“When you choose to love someone, love them will all your heart. Don’t be arrogant, don’t be violent. I don’t like violence. Martin Luther King once said there’s enough violence in the 20th Century to last eternity.

Is Mutua dating currently? “There’s a time to talk about some things and a time not to speak about them,” he says.

“People go apart and come back together. It’s there in the Bible. It’s God who plans these things. If He says you’ll get back together, you will. Don’t fight His will.”

About the A&L Hotel, which is the abbreviation for Alfred and Lilian, Mutua says the business, in which he and Lilian are partners, will continue being in operation despite their split.

“That business name has stuck, and the best one can do is to ensure the venture remains supported,” he says.? 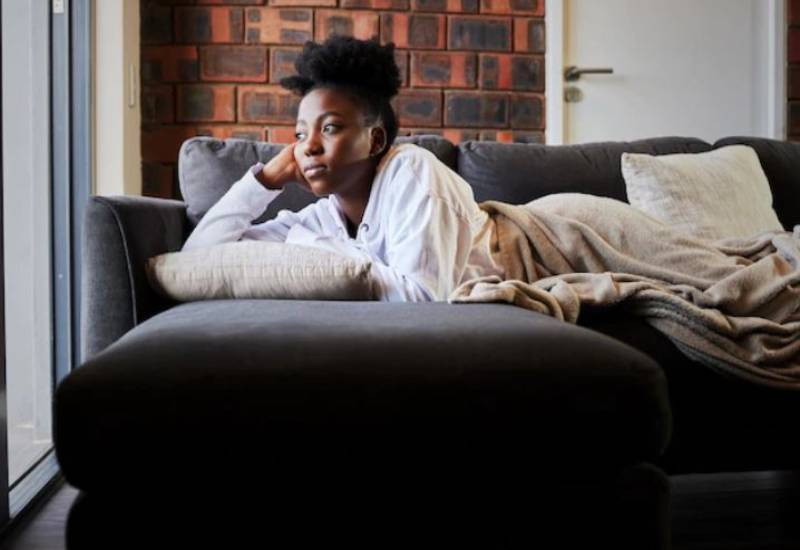 Is there a soulmate for me? How long should I wait?
Relationships
By Chris Hart
2 mins ago
KPA surrender Africa Zone Five crown
Volleyball and Handball
By Ernest Ndunda
2 mins ago
Sleeping commando helps women clears pubic pimples
Lifestyle
By Rosa Agutu
8 mins ago
Kalenjin musician died of abdominal injury, says autopsy
News
By Julius Chepkwony
14 mins ago
. 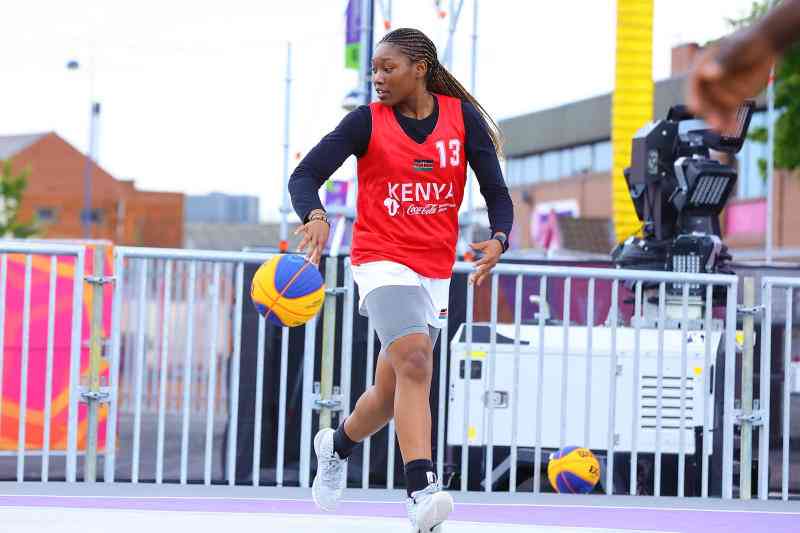