ANC leader Musalia Mudavadi, Wiper's Kalonzo Musyoka and Moses Wetang'ula of Ford Kenya have written to the Registrar of Political Parties Anne Nderitu over their decision to quit the coalition.

According to the NASA agreement, it stands dissolved once three partners officially pull out.

ODM last week resolved to exit the coalition that sponsored Raila Odinga for the presidency in the 2017 race. 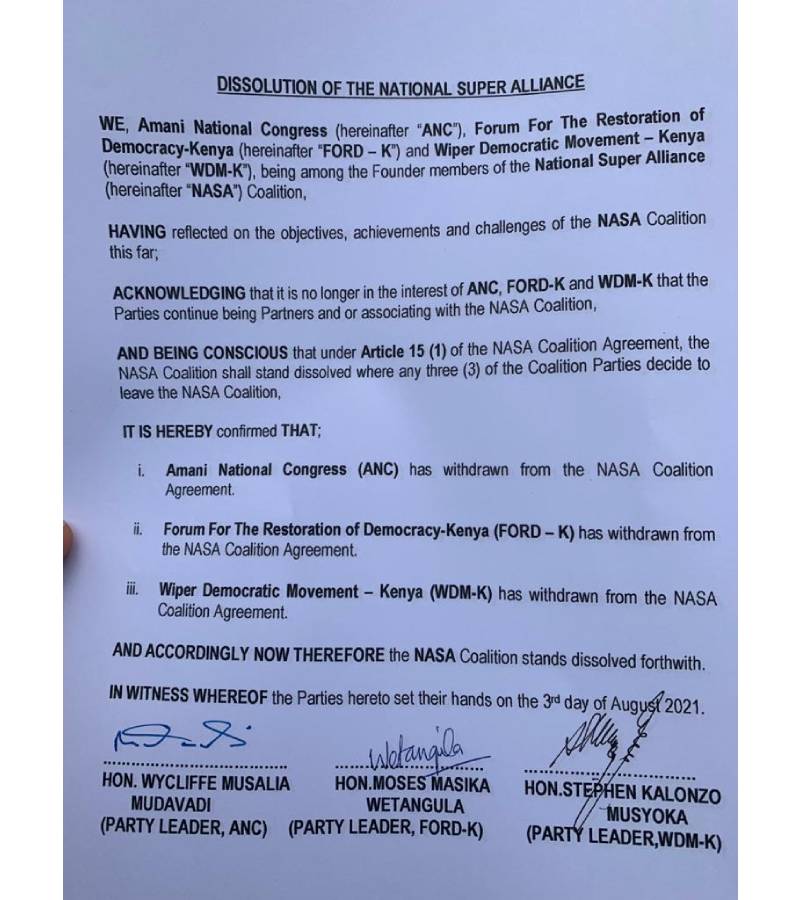 Kalonzo, Mudavadi and Wetang'ula cited mistrust for their decision to sever links with Raila.

"Political party coalitions are built on trust. Once that trust is eroded, the partnership cannot survive. Mindful of this trust deficit, our three parties, transparently informed the Kenyan people of their individual decision to leave the NASA Coalition," said ANC, Wiper and Ford Kenya leaders on Tuesday.

"Relevant instruments giving effect to the decision have been processed by each party in accordance with their respective party constitutions. Today, each party has officially notified the Registrar of Political Parties of their decision to leave NASA," added the leaders in a joint statement.

"In essence, NASA stands legally dissolved as of the agreement which states that upon withdrawal of three parties, the union stands dissolved," it adds.

By Stephen Nzioka and Julius Chepkwony | 10 hours ago