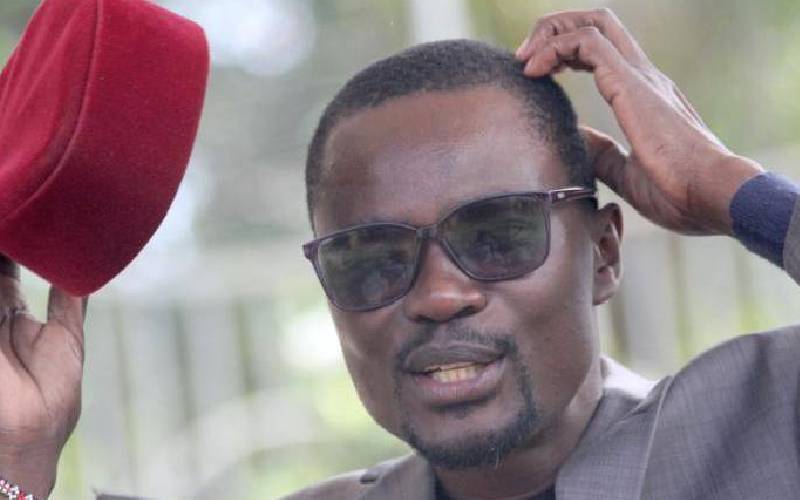 He was speaking outside the Kimilili law courts where he appeared before a magistrate and was charged with causing grievous harm.

Barasa said those against him should take the battle to the voting ground and not engage in matters that hurt development.

The case is slated for September 27.

The MP was arrested at his home today morning by police officers following a complaint by the contractor, Masinde.

Bungoma County Police Commander Musyoki Mutungi said nobody is above the law, adding that the MP is to be charged.

Barasa is said to have attacked the contractor when he learned that classrooms he was supposed to launch at the school were locked. 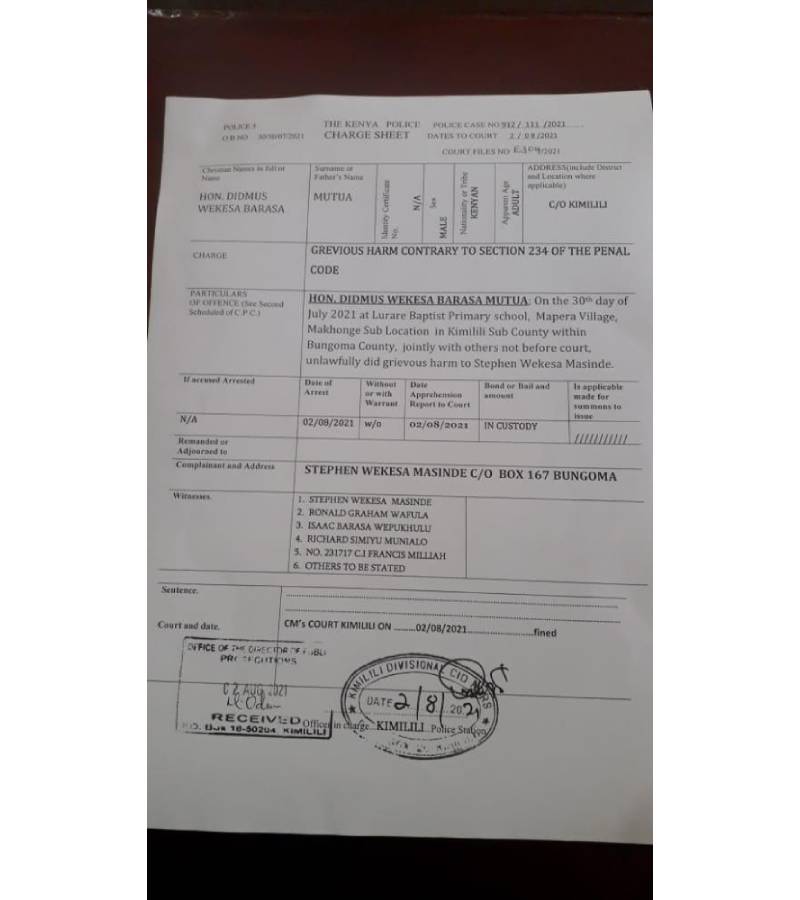 Contractors in the county condemned the incident and called for the arrest and prosecution of Barasa.

The victim filed a report under the OB Number 30/30/07/2021 at Kimilili Police Station, where he accused Barasa of causing him head and arm injuries.

Masinde now wants the Directorate of Criminal Investigations (DCI) to expedite the probe into the incident, and bring the MP and his bodyguards to book.

“As the area MP, Barasa sought my construction services. I ensured the work was done in time. However, when it came to paying me, he and his team resorted to violence. It is my right to get paid for the services I rendered,” he said.

On his part, Barasa denied assaulting Masinde, saying he was only “alerting” him to “zip up” to avoid the then-obvious “embarrassment”.

“He (Masinde) is my friend. I was alerting him to zip up because his fly was open. It appears he'd answered a short call of nature but forgot to zip up,” Barasa said at a separate function in Kimilili on Friday, July 30.

“As a result, I approached him with the intention of alerting him to zip up, but he fled, thinking I wanted to harm him.”

Masinde, however, denies that his fly was open.

Parents have to wait a little longer to enroll their children in a newly constructed school as it is yet to obtain a licence from the Ministry.

By Winfrey Owino and Emmanuel Too | 27 minutes ago