The move is expected to avert a bitter fallout within Deputy President William Ruto’s camp.

In a Facebook post, Kuria disclosed that he made the decision following a meeting with the DP Ruto on Sunday.

The PEP party had settled on Raymond Kuria to face off with United Democratic Alliance (UDA) candidate John Njuguna Wanjiku in what threatened to split the Hustler nation.

“PEP's message of hope and renewal was endorsed by the voters of Gaturi ward in Murang'a on December 15, 2020, and Juja constituency on May 18, 2021.  We wanted to present this message for approval by the people of Kiambaa constituency on the July 15 [by-election],” said Kuria.

“However, this did not go down well with my colleagues, particularly [Mathira MP] Rigathi Gachagua and [Kikuyu MP] Kimani Ichungwa. Yesterday I held extensive discussions with my boss and friend Dr William Ruto on this matter. To make my two colleagues happy and above all for the unity of the Hustler nation, PEP will not be fielding a candidate for the Kiambaa by-election."

Kuria went on, “I take this opportunity to offer my profuse apologies to the people of Kiambaa and all PEP members who undoubtedly will be disappointed with this decision."

There is a perceived simmering supremacy battle in the Tanga Tanga camp as MPs from Mt Kenya allied to the DP jostle to be in Ruto’s inner circle based on their perceived influence of the region.

Kuria said PEP is a member and stakeholder in the Hustler nation alongside Johnson Muthama-led UDA, Mwangi Kiunjuri-led The Service Party (TSP) as well as the Omingo Magara-led People's Democratic Party (PDP).

The lawmaker said the party decided to shift its focus to a nationwide tour to meet possible candidates for the 2022 General Election.

The seat fell vacant following the death of MP Paul Koinange on March 31.

He is said to have died of Covid-19 complications at the Nairobi Hospital.

Until his death, Koinange served as the Chairperson of the National Assembly Administration and Security Committee. 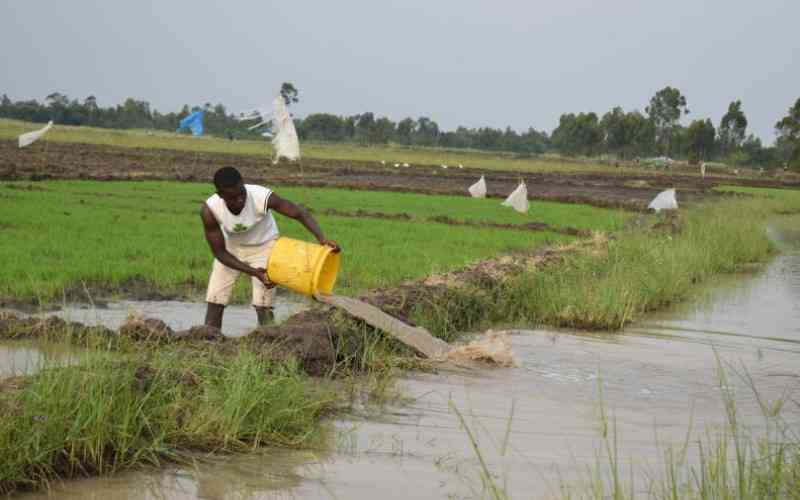 Tips on saving water through sustainable use
Smart Harvest
By Dr Paul Kang’ethe
10 mins ago
MDQ: Why I moved Blankets and Wine to Kasarani
Showbiz
By Boniface Mithika
13 mins ago
Uhuru Kenyatta: I'm confident peace will return in DRC
National
By Mate Tongola
50 mins ago
Why we put phones off when flying
Lifestyle
By Jayne Rose Gacheri
52 mins ago
.