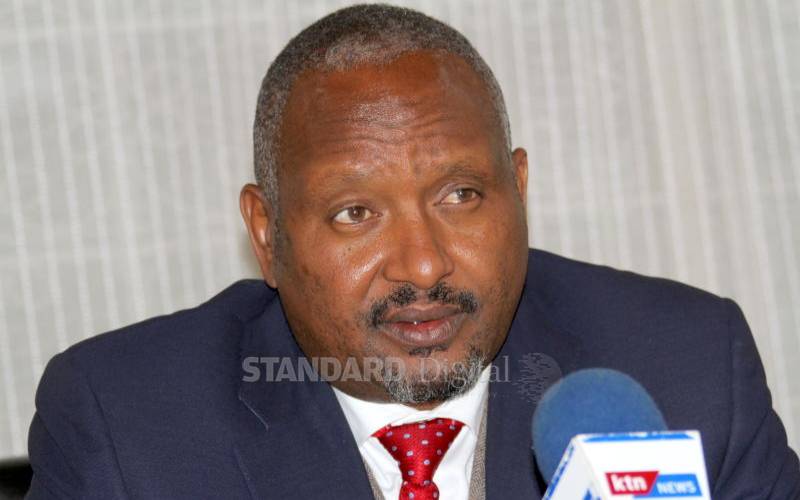 Two candidates pulled out of the London Ward by-elections in Nakuru in favour of the Jubilee Party aspirant on the last day of campaigns.

Kanu was the second party to throw its weight behind the Jubilee candidate yesterday, two days after ODM made a similar move.

In a statement to newsrooms, Kanu Secretary General Nick Salat (pictured) said the decision was made after internal consultations. “Following wide consultations within the rank and file of the party, Kanu hereby wishes to announce the withdrawal of its candidature from the London Ward by-election in favour of Jubilee Party,” said Salat.

He cited the post-election coalition agreement with Jubilee as the reason for withdrawal from the race. “This is part of Kanu’s commitment to forge unity of purpose and deepen political cooperation between our party and Jubilee Party for the benefit of our people,” he said.

The party had fronted Joseph Njuguna for the by-election slated for Thursday. He was to battle it out for the seat with Jubilee’s Francis Njoroge, Stephen Adhoch (ODM) and Nzuki Wachira.

Salat expressed confidence that Mr Njoroge would carry the day.

“Our gesture is anchored on the spirit of this coalition agreement and in realisation that our candidature may jeopardise the imminent victory of the Jubilee candidate. Kanu will be at the forefront of spearheading the candidature of Njoroge of Jubilee Party,” he said.

Salat said Kanu had benefitted from cooperation with Jubilee administration in the realisation of the development agenda. He disclosed that the working relationship with Jubilee was aimed at supporting the Building Bridges Initiative and the planned referendum.

Adhoch cried foul over ODM’s decision to withdraw from the race, but declared that he would back Njoroge.

Addressing supporters at Nakuru Town West MP Samuel Arama’s residence, he said: “After engaging ODM leaders, I have accepted to withdraw from the race and back Njoroge for this seat. I urge my supporters to cast their votes for the Jubilee Party.”

The top leaders are looking at May as a tentative time to hold the referendum.