Arati who stood to address mourners after Osoro spoke said it was time to apologise publicly and forge a working formula with his other colleagues.

He called Osoro to the podium amid cheers and jubilations from the crowd. They hugged as the presiding Priest Fr Lawrence Nyaanga thanked them for agreeing to forgive one another.

Why Kenyan politics is too depressing 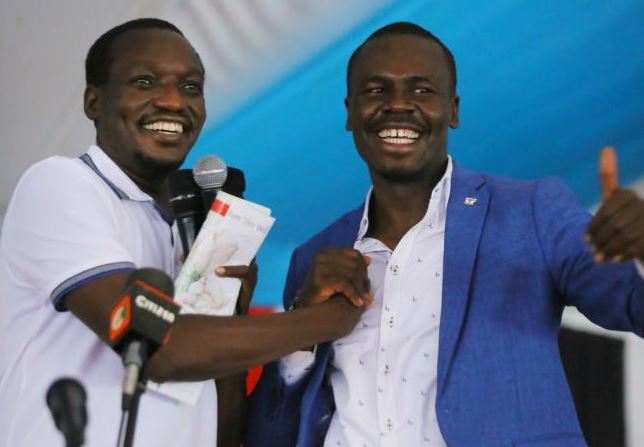 Arati (L) said he had decided to take a bold move. "We can disagree politically but that doesn't mean we engage in war. This marks a new beginning; let us embrace peace and work together for the sake of our people."

Other Gusii leaders joined the two at the podium to congratulate them.

Dr Odour said Cherop and her son had suffered injuries that indicated they could have been defending themselves from their killer.

A KTN News Sports Journalist Moses Wakhisi has been...